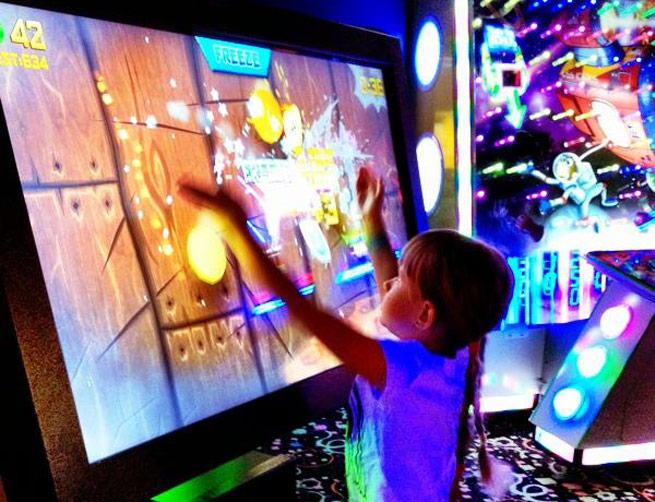 Just a few weeks ago, I wrote a piece on how a consumer-first company like Del Monte can learn from a mobile-first company like Fruit Ninja. Clearly, mobile developers have cracked the code on install-driven metrics around mobile marketing, but the reverse is still true – one needs to look no further than Rovio.

Rovio’s success with Angry Birds, the fastest growing game in history, is a great example of how app developers are applying some ‘traditional’ marketing lessons to drive more revenue. Since Angry Birds flew onto iPhones in 2009, Rovio has leveraged every aspect of the game’s iconic imagery via apparel, accessories, small amusement parks and a soon-to-be released animated series for the big screen. The studio even announced plans to delve into the credit card business with its launch of Angry Birds prepaid debit cards.

So Rovio, once on the brink of bankruptcy, learned from its past failures and acted like a consumer brand, not just a game studio, to reach new heights – with or without a slingshot.

Other game developers have picked up on the clue that in order to become a hit, it pays to think like the agencies on Madison Avenue. Here are three concrete actions to do just that:

Digital media ranges from TV to PC; it’s not limited to your smartphone or tablet. Since many users aren’t tied down to one device, it’s important to realize how they use each one in distinct ways. Someone itching for a cruise vacation may see an ad for a Royal Caribbean cruise package as a banner ad on his iPhone, but the chances of him finalizing the package purchase with this same device are slim.

Google recently released a series of case studies demonstrating the significant lift achieved by brands using a cross screen approach. Delta Airlines achieved a 105% increase in brand awareness and a 103% increase in brand favorability by extending their campaign from TV only to TV plus mobile. Similarly, Volvo observed 74% brand recall for users exposed to multiple screens vs. 50% for TV alone. Both examples point to the importance of targeting audiences and their behavior across all screens.

Successful brands understand this — and are pursuing a multi-screen approach. They use some screens for creating awareness of their product, and others for influencing the user to complete the product purchase or download. Since certain devices elicit certain behaviors, developers must start tailoring their message according to the screen that displays it.

The game’s studio, Halfbrick, made marketing a top priority from the get-go, despite not having many resources to do so at the time. Clearly not made for TV, the Fruit Ninja’s web video advertisement, featuring two actors dressed as fruit being chased through a park by another actor dressed as a ninja, quickly went viral on the desktop web. Rather than viewing every screen as an acquisition opportunity, developers should learn how certain screens both complement and contrast each other in order to deliver an effective campaign.

Ten years ago, it would have been costly and difficult for a developer to target a highly educated, married female scientist who also happens to actively play its game. Traditional brands accomplished this goal using approximations on television audiences provided by Nielsen, the leading global information measurement company. They would further commission brand loyalty studies by firms such as Insight Express and Dynamic Logic to track customer lifetime value to a particular brand. Such studies are expensive and time-consuming, but are the lifeblood of brand management.

Developers, in contrast, have had to work through a tangled web of anonymous Android mobile web cookies, UDIDs, IMEI numbers, SHA-1 hashes and now Apple’s IFAs (“Identifier for Advertisers”), with little specificity about audience or intent.

Finally, there are tools available for developers to leapfrog brands in their use of audience data and insights to find the right users. This is particularly important to any developer who is looking to establish a long-term relationship with its users.

The most obvious examples are commerce (like eBay, Amazon, Groupon), travel (Expedia, Kayak, HotelTonight) and streamed media (Netflix, Hulu, Spotify), where a loyal user may generate $5-$20/month for several years. A high percentage of users, however, download the app, and then do not activate (ie. add a credit card and make a purchase), and in many cases, more than 80% of users neveractivate at all.

Groupon’s financial filings are instructive: from their Q3 2012 earnings report, only around 7.9% of users are active; they are earning $5.33/month from active subscribers vs. $0.38 from all subscribers. Assuming an 18-month lifetime value calculation, their value per average subscriber is $6.78, while their value per active subscriber is $95.94. Clearly, the ability to identify an active user is worth more than an order of magnitude greater to Groupon. Now, marketers are able to not only target audiences, but they can also monitor post install behavior (ie. did users activate or become frequent purchasers?) to inform acquisition strategies. These are tried-and-true methods that brands have employed, and are now in the hands of developers.

The top brands of today would be lost without data, add-ins, insights and analytics to measure brand performance. And that’s how most game developers are today: stuck using unsophisticated tools for targeting rather than taking advantage of the tools at their disposal to build loyal, lifelong relationships with their users. With post-install metrics, developers can build a performance strategy that goes far beyond install.

3. Extend Your Brand Beyond Screens and Into New Products

Apps similar to Fruit Ninja are also beginning to learn from global brands and following the Rovio model.

Fruit Ninja released its game for Kinect on Xbox this past summer (in addition to already being available on iPhone, Android, tablet and PC). The game was already familiar to more than 25 million people who play on mobile phones and tablets, but expansion to Xbox continued to strengthen the product’s recognition by honing in on a specific audience segment: highly active male players aged 12 – 17.

Halfbrick went a step further by reeling in an even younger demographic of players who may not even have access to mobile devices or play consoles yet: in June of this year, Halfbrick rolled out a partnership with several leading international consumer product companies to bring Fruit Ninja toys, apparel, shoes and more to the marketplace.

And there we have it. Cross-screen marketing, granular analytics and brand extensions are just three steps for taking a fun, mobile game and turning it into a household name. Any other ideas are welcome in the comments section of this story below. What else can games learn from brands?

Kamakshi Sivaramakrishnan left her position as lead scientist at Google-acquired Admob in 2010 to create and found cross-screen mobile ad network Drawbridge. Named one of Business Insider’s “Most Powerful Women in Mobile Advertising (Meet the Most Powerful Women in Mobile Advertising: 2012),” she is an expert on advertiser-buyer connections in today’s mobile environment. Kamakshi attended Stanford University and received a PhD in Information Theory and Algorithms.