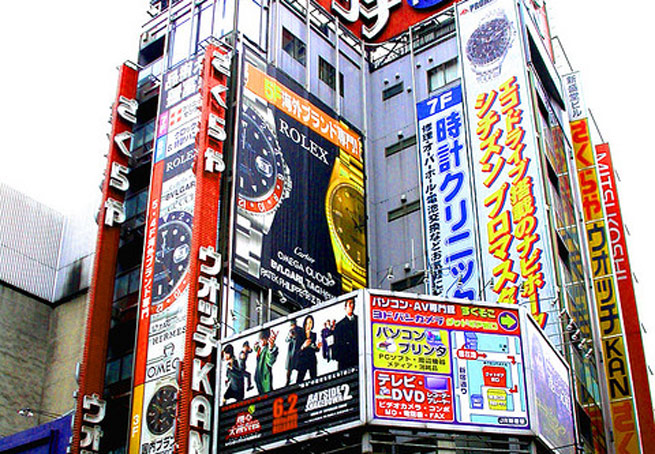 More than Android tablets and smartphones, or iPhones, iPad apps command higher rates and are in greater demand by advertisers, according to data released today by MoPub, one of the largest mobile ad exchanges.

Overall, mobile ad prices rose over 50 percent in the fourth quarter of 2012, but advertisers paid most for ads on iPads: $1.12 per thousand impressions. iOS ad prices in general rose 66 percent, while ads on Android devices became 54 percent more expensive. 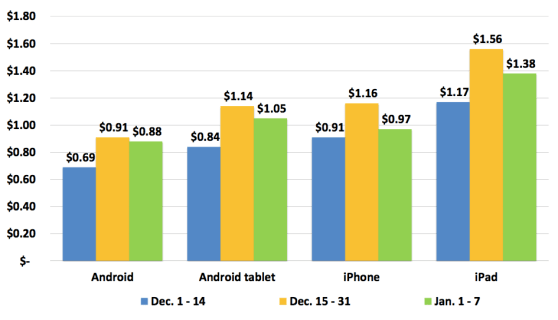 Part of the reason is higher click-through rates. While Android devices see click-through rates of about one percent, owners of iOS devices tapped on ads 1.3 percent of the time early December, and an even higher 1.7 percent in early January.

According to Mopub’s data, gathered from over 30 billion ad impressions in October, November, and December last year, the answer is: not really. While rich media ads are clicked on more frequently, with about 20 to 37 percent higher click-through rates, they also cost more. In fact, rich media ads cost between 27 and 40 percent more than traditional ads, making for a fairly difficult cost-benefit analysis with your CFO.

Perhaps that’s one reason Apple’s iAds are MIA over the last year.

MobPub also released data on the top 12 verticals mobile ads are sold in, with social networking at 6.9 percent leading sports and games, deadlocked at 5.6 percent. Utilities and music round out the top five: 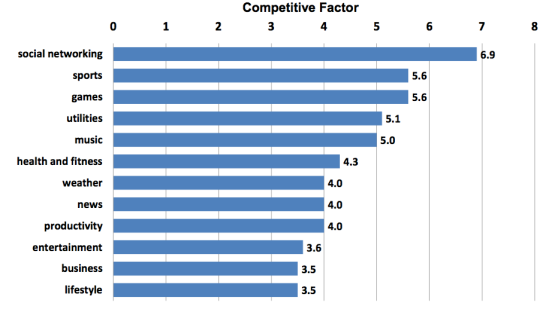