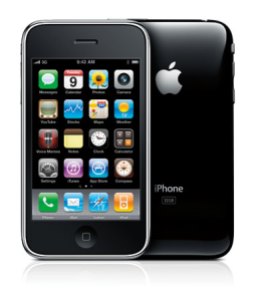 Looking for an off-contract iPhone but don’t want to pay an astounding amount for it? You may be in luck, as Apple is reportedly planning to release a $350 contract-free iPhone 3GS that can be extremely attractive to pre-paid customers, according to a BGR report.

Apple did not immediately respond to questions we had about the report.

The $350 contract-free iPhone 3GS will be released in late August, which would coincide with the release of a completely new iPhone model that has been rumored for an early September release.

Apple has good reason to shake up its strategy. Recent projections by IDC and Gartner both have iOS in the number three spot after Android and Windows Phone 7 by 2015. Presumably, this comes from the many manufacturers offering a wide selection of Android and WP7 phones and only Apple making the iPhone.

However, by expanding the number of U.S. carriers that offer the iPhone and giving customers more flexible price options, Apple likely hopes to counter those projections. Offering a free iPhone 3GS with a 2-year contract, a $99 iPhone 4, and a $199 iPhone 4G/4S, for example, would help get more iPhones into more customer hands. On top of that, the $350 contract-free iPhone 3GS would attract a pre-paid audience that is contract-averse.

Would you be more likely to grab an iPhone 3GS if you could go the pre-paid route?