When Evernote announced changes to everyone’s pricing plans yesterday, there was a small but visible eruption on the Internet from users who had become accustomed to the popular note-taking service. In a nutshell, the free basic plan, which allowed for syncing notes across any number of devices, went away. Now the free basic plan only lets you synchronize your notes across two devices. So if you have two computers and a phone, or a computer, a tablet, and a phone, you are out of luck.

Know what people *really* like, @evernote? Taking something they’ve used for years then crippling it unless they pay pic.twitter.com/aDpsSKXeRJ
— Troy Hunt (@troyhunt) June 28, 2016

Thankfully, note-taking is a perennial category that invites apps from both large and small companies alike. However, as with this Evernote incident and others, it is likely not a good idea to get completely hooked on free products. You never know when the terms might change.

I just wrote myself an Evernote reminder not to get dependent on free proprietary anything https://t.co/31uHAoDjrX
— Sanjay Srivastava (@hardsci) June 29, 2016

What makes a good Evernote alternative

Given that the main change in the Evernote free plan was a limited device count restriction, I looked at free plans for other applications without that cap. The other aspect of Evernote I appreciated was the downloadable applications across devices, including both mobile and desktop devices. In short order, I was able to come up with four solid choices. As an Android and Mac user, I placed my main investigation there, but all of the following options have a decent level of coverage across iOS and Windows too.

In the new world of Microsoft, every platform is an opportunity, and the company has made OneNote a universally accessible note-taking application. Based on the following platform and device list, OneNote is close to winning the comprehensive coverage award.

Understandably, if you enjoy the Microsoft ecosystem of tools, you are likely to enjoy OneNote. It is a full-featured application with plenty of bells and whistles. And as Microsoft will tell you, there is no device limit.

Did you know you can use OneNote on multiple devices? No limits, still free. Learn more: https://t.co/DXsfBq4Foc
— Microsoft OneNote (@msonenote) June 29, 2016

In the Google and Android camp is Google Keep.

Google Keep does not quite have the device breadth of Evernote — or OneNote for that matter. It supports a limited set of iOS, Android, Chrome, and Web versions.

Google Keep offers plenty of additional more-than-a-note features like photos and audio. If you are a fan of Google services and do not mind the lack of a native desktop application, then Google Keep may be for you.

Simplenote is a less well known, streamlined note-taking application brought to you by the folks at Automattic, the creator of WordPress.

Simplenote, as the name implies, does one thing well, which is the synchronization of plain text notes across devices. If you need rich media functionality, look to OneNote or Keep.

Simplenote offers sharing and one button to publish your note to the web at a persistent URL.

Simplenote excels in platform compatibility, particularly on the desktop side, with options for Kindle Fire and Linux too. 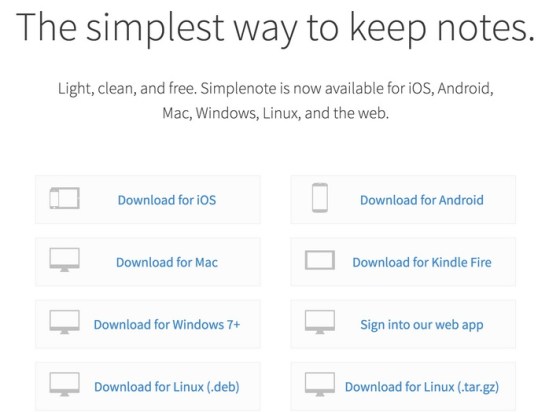 The dark horse in this race is Quip, maker of a new collaboration suite that can be thought of as a pared down Microsoft Office or Google Docs. Quip goes far beyond note taking, with collaborative features across documents and spreadsheets. 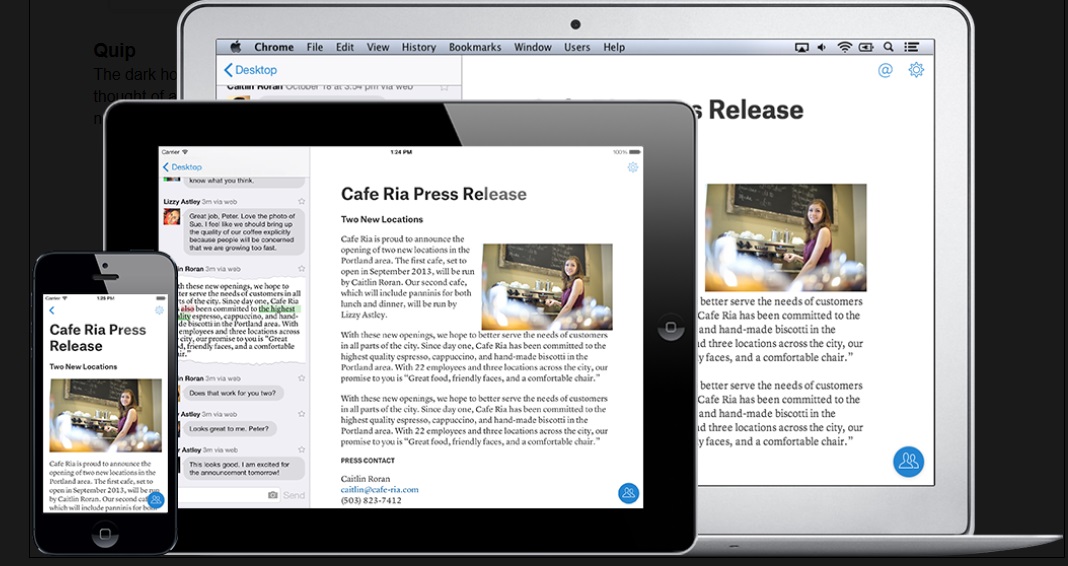 Quip was quick to jump onto the bandwagon to help disgruntled Evernote users.

This import feature is only available in the web version. But once your notes are imported, you can access and use them across all devices and platforms. On that front, Quip does a very good job at device and platform support.

Choosing the note-taking app for you

Surely this is not the last of the note-taking application wars. But even in the wake of Evernote changing its pricing plans, we have plenty of good choices ahead.

Personally, I am trying to be more of a minimalist when it comes to note taking, so Simplenote works for me. But I am also a huge fan of Quip and enjoy Google services, so I expect to play more with Keep. I know Microsoft fans who swear by OneNote, so I am sure that has plenty to offer as well.

Did I miss your favorite note taking application? Let us know in the comments. And happy note taking!

Gary Orenstein is Chief Marketing Officer at MemSQL, provider of a database platform for real-time analytics. Beyond databases, he is an avid collaboration software enthusiast. Follow him on Twitter @garyorenstein.