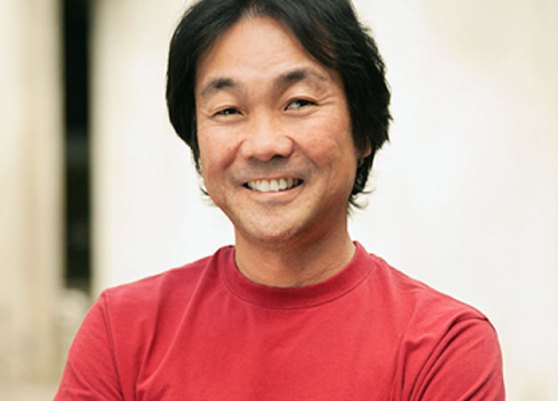 A number of Western developers I advise are interested in launching their apps in what they call “the Asian smartphone market.” The goal is quite understandable, given that geographic area’s high growth rate in recent years.

But I sometimes fear that term is too broad and can lead to confusion. There are many large countries within Asia, and for various cultural and infrastructure-related reasons, they can have widely varying mobile usage and ownership patterns. To illustrate this, here are five facts about this market that aren’t generally well known by many of my colleagues in the West:

In gaming, Japanese mobile publisher GREE has an ARPU (average revenue per user) of $11.21 per month, while Zynga’s monthly ARPU is 33 cents, according to the Wall Street Journal. We see a similar pattern in non-game apps.

Take LINE, for example, a messaging app from NHN Japan that’s  extremely popular in Asia (it has 100 million total users). Ten percent of its active Japanese users monetize around $1 or more per month. (LINE users purchase “stamps” — cartoon characters they can insert into their text messages.)

There is a very good reason for this high monetization rate: Japanese mobile users have been accustomed to paying to use their apps since 1999, when top mobile carrier Docomo created a market for applications — basically an app store — and charged its users for these apps, many of which provide services most Western phone owners take for granted. When Docomo rolled out email access through mobile, for instance, it charged customers 300 Yen (more than $3) per month to use it. Despite those fees, the service became very popular. In fact, most Japanese first started accessing the Web on their phones, not a PC. So there are very different cultural assumptions in Japan around mobile payments — and consequently, much higher revenue.

Japanese e-commerce is ruled by mobile

Major online retailers such as Amazon and Rakuten see about 60 percent of their purchases come from mobile in Japan, generally much higher than rates in the West, especially the United States. Again, this is related to Japan’s unique conditions. As I noted, most Japanese first began to access the Web on mobile and so are accustomed to shopping via their phones.

Different usage behavior is also a factor. Unlike in United States, most Japanese commute to work via trains and thus have much more leisure time to shop on their phones. Since most Americans drive to work, they are less likely to shop with their phones during their commute. (At least I hope so, if they’re driving!)

As I said, to speak generally of “the Asian smartphone market” is somewhat misleading. Consider how the ownership rates and app usage behaviors vary widely from country to country.

However, app usage is much greater in Korea. For the apps by our portfolio companies (we count about 75 million total users on our platform), a typical distribution rate in terms of downloads from the most active countries is 40 percent from the U.S., 10 percent from Japan, and 20 percent from Korea.

So while the Korea smartphone install base is much smaller than the U.S. or Japan groups, app usage is proportionally much higher in Korea. This is probably because smartphone adaptation in Korea started earlier than either country, and Korea’s data infrastructure and Internet connection speeds are much higher. And as a smaller country by geography, it’s easier to establish broad mobile coverage in Korea. For these reasons, 4G in Korea is cheap and very fast, making it much more appealing to download and use apps.

China: The biggest, most slippery fish

By now, most Westerners know China has surpassed the U.S. to become the world’s largest smartphone market, with an install base of 240 million to the U.S.’s estimated 120 million. Some analysts even forecast China will grow to have half a billion smartphones by the end of this year.

Less well known are all the barriers that currently exist for Western developers who want to enter that market. Beyond the obvious language and cultural barriers, not to mention problems with IP rights protections, there’s no Google Play in China. Amazon Web Services has not launched thereyet, and there are literally hundreds of app stores vying for customers.

To be sure, Apple’s App Store in China has gained significant traction in recent years, but the iOS install base in China is dwarfed by Android.

Then, of course, the Great Firewall makes many apps that depend on cloud servers and social networks outside of China virtually unusable. Facebook and Twitter are blocked by China’s government, and Chinese users turn instead to local social networks like Sina Weibo and Tencent Weibo.

When LinkedIn attempted to launch in Japan, the social network had difficulties gaining users, for cultural reasons, in Japan, resumes are considered highly confidential and not widely shared. To be sure, many Japanese do use LinkedIn, but they tend to be those who work outside Japan or regularly deal with U.S. and European firms.

For similar reasons, game developers have experienced difficulty using Facebook Connect as an account creation method — Japanese usually fear that professional contacts in their social network will think less of them if it’s revealed they are playing online games.

Despite all the challenges Western developers face when dealing with Asia’s many mobile markets, it’s exciting to watch them start succeeding there anyway. One of our developer partners, Atlanta-based Metago, turned its ASTRO file management app into a service with 55 million users, a very large percentage of whom are living in Asia. I’m certain many other Western developers can gain as much success across the Asian market. And when that happens, developers won’t need posts like this that cover little-known facts about Asian mobile — because knowing those facts will already be an integral part of their job.

Masanari Arai was cofounder and CEO of Synclore Corporation in Tokyo, Japan, which merged with Servo Software to become Kii. He has more than 15 years experience in the mobile software space in Silicon Valley and Japan. He joined Intellisync in 1995 as one of the original members of the company, where he served in various positions such as VP product marketing, VP business development, GM for Asia, and President of Intellisync Japan. Prior to Intellisync, he was at IBM where he was the product manager of original ThinkPad 700 Series.