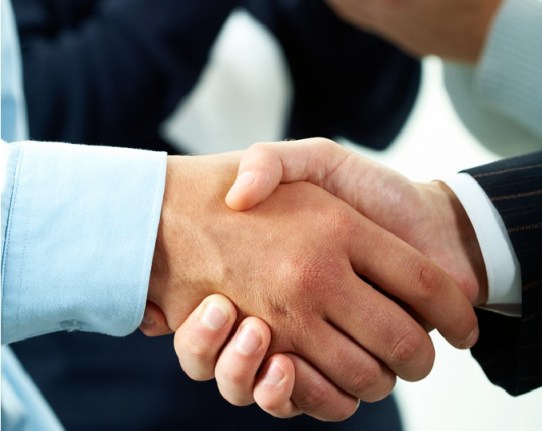 Facebook’s $1 billion purchase of Instagram was the topic on everyone’s lips at Mega Startup Weekend last Saturday and Sunday. The world’s most expensive “Like” has clearly gotten tech entrepreneurs buzzing about who will be next. While there’s no way to know which big deal will be next, here are five tech deals that make sense and need to happen:

Google buys Twitter: I know what you’re thinking: “Good idea, but with Twitter’s $10 billion valuation it’s too late for this to happen.” And you’re half right. While the price is steep, Twitter needs a home and Google still needs social. Google+ isn’t doing much other than collecting demographic info on users, and it’s silly to think that Google is going to build a competitor to Facebook. Google’s famous algorithm surely knows your shoe size, but friendship does not compute. So Google should quit trying to build MySpace 2.0 and instead buy a social network that would enrich its search data and integrate nicely into its email platform. (Free advice to Larry & Sergei: Wait until a few days before Facebook’s IPO to announce the deal if you really want to mess with them.)

Microsoft buys Pinterest: I still don’t understand what Pinterest is all about, but I’m told that’s because I’m not a 45-year-old Midwestern woman. Even if the user experience is lost on me, Pinterest is a big deal, and it’s mapping a graph of images, content, and preferences in a way that even Google’s algorithm can’t. This is why it’d be a great buy for Microsoft, a company that’s quietly doing a slew of crafty initiatives just beyond the glare of the Silicon Valley hype machine. Imagine how Microsoft’s search capabilities could become so much smarter and personalized than Google’s by leveraging Pinterest’s vast trove of data. Altogether, let’s say “Bada Bing!”

Groupon buys Foursquare: If Groupon actually had revenue last quarter, they should write a check for everyone’s favorite check-in app. This might be the first time since 1999 that someone has suggested a big company with a shitty business model should buy a smaller company with no business model. But in a weird way it makes sense. Groupon spends tons to acquire small businesses that do one-off marketing campaigns to deal-seeking customers with zero loyalty. Foursquare spends nothing to track the customers of small businesses who have tons of loyalty. Methinks there’s a powerful small-business CRM play in there somewhere.

Box merges with Yammer: Write this down — enterprise is finally sexy. In Silicon Valley, consumer plays usually get all the love, but these two business-to-business companies are killing it. Box is nailing the Fortune 500 space with great collaboration tools, and Yammer’s enterprise social network is blowing away the competition. (Sorry, Salesforce.) So what’s the logic for merging these two? Admittedly, this suggestion is probably the biggest stretch on my list, but think of this merger like a Reese’s Peanut Butter Cup: social and collaboration are two great tastes that should be better together. If nothing else, it would instantly create the most important enterprise software company in the world.

PayPal buys Square: The company formerly known as eBay needs to remember that the old “if you can’t beat them, buy them” mantra has served it well in the past. Square is running laps around PayPal in terms of innovation right now, and the marketplace is recognizing this, as witnessed by its rumored $4 billion valuation. With Google chomping at the bit to seize the mobile payments space, PayPal needs to do whatever it takes to defend its home turf. Buying Square goes a long way in solving that problem. (Free advice to PayPal: As part of the deal, negotiate to keep Keith Rabois around for at least six months and just do whatever he tells you.)

Eric M. Jackson is CEO and co-founder of CapLinked, a private investing platform that gives companies, investors, and advisors tools to network, manage a capital raise or asset sale, and exchange updates. Eric previously served as PayPal’s first marketing director and is author of the award-winning book The PayPal Wars.