Some 50,000 members of the mobile industry will be visiting the Mobile World Congress in Barcelona, Spain this coming week. It’s the industry’s largest event. And one of the show’s highlights is the Mobile Peer Awards, for which 12 young mobile companies have been nominated.
The 12 were selected from a pool of 42, each chosen by a regional chapter of MobileMonday, the international group hosting the awards. I’m representing VentureBeat on the jury panel evaluating the final pitches, and we’ll choose the winner at the contest on Feb. 16.

Here’s a look at the nominees:

Addict Digital Media (Buenos Aires chapter): An online ad agency that creates and integrates marketing campaigns like banner ads, widgets and applications into mobile content. The company is about to launch a mobile social network called Wipii, currently in a closed beta. But it will compete against numerous social networks, such as Google Latitude, Facebook and others. The company believes that new MSN can still thrive in early mobile web markets like Argentina and that it has the necessary know-how and resources to execute. 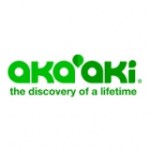 Aka-aki networks (Berlin chapter): A location-based mobile social network, Aka-Aki lets users see which of their friends are close by and access profiles of others  through mutual bluetooth “presence” detection. The patent pending technology behind Aka-Aki defines this “presence” of other Aka-Aki users in different stages of proximity: nearby (approx. 20 meters), within walking distance, in the city, and in your region (up to 50 km). Depending on how you set that presence, you see the profiles of other Aka-Aki users on the display of your device. We’ve covered Aka-Aki before. Since its launch in April 2008 the company has gained more than 50,000 members worldwide.

Big in Japan (Dallas chapter): The company’s ShopSavvy application lets you scan barcodes of products in stores to find the best prices for that product as well as product reviews. It also lets you search by product name and save the results to wishlists to share on Facebook or MySpace.” PriceGrabber and PONGR are competitors, among others. Big in Japan also sees itself as an application publisher. It has 15 applications from third-party developers in its online shop and more than 25 others waiting to get in. It wants to publish more than 100 titles this year. ShopSavvy has impressive traction. It has hundreds of thousands of users, growing by thousands per day in the US and tens of thousands per day in the EU. More than a million barcode scans are made using ShopSavvy on a daily basis. We covered Big in Japan in September when it won the Android Challenge.

BioLocate (Jakarta chapter): FireAnts is bioLocate’s first product. It provides crowd-sourced real-time traffic information to help drivers and commuters in Jakarta, Indonesia. While this type of service is already quite common, it’s less so in developing countries.

Dial2Do (Dublin chapter): We covered Dial2Do last July at the Mobile 2.0 Europe conference. Back then we called the company a phone service for hands-free users. It lets them text, email and perform other services while they’re driving. Dial2Do’s main competitors from the voice services are are Jott, Spinvox and Reqall. Dial2Do differentiates itself with the broadness of its service. It lets you listen to your email, check your calendar, check the news, put stuff in your  calendar, send text messages, etc.). Its competitors tend to be strong on a single feature (e.g. voicemail to text) or to focus on a general productivity service of which voice is just an element (e.g. reminders/to-do list management — Jott, Reqall). The company just announced a significant partnership with the Bluetooth HeadSet Manufacturer Southwing. Southwing will bundle Dial2Do “designed into” the headset, so it comes pre-programmed to access Dial2Do just by pushing a special button on the device. This will be a first. Dial2Do’s platform allows for the addition of new services easily, so the company can offer white-label partnerships with custom functionality for specific market segments.

Fortumo (Estonia chapter): Fortumo allows even layman mobile users to build and monetize their own text messaging services. Fortumo’s competitors are other international “third-phase web-based gateway providers” of mobile services like Bango, TextMarks, Mobillcash, Zong and Smscoin. Fortumo also indirectly competes with payment services competitors like Paypal and Moneybookers. It differentiates itself by offering a very rich set of tools to satisfy both beginner and professional customers. It has more than 15 000 users who have created more tha 44,000 SMS services on 1.5 million messages in 13 countries. At the MWC conference it’s announcing the availability of an open API for third-party developers. It’s also announcing that it will enable gateways to connect with Fortumo to use Fortumo’s services as a gateway to resellers.

Mob4Hire (Vancouver chapter): Mob4hire provides crowd-sourced mobile application testing. It lets developers test for bugs and technical compatibility and collect key marketing data. It claims to lower the cost of testing by as much as 80 percent and dramatically increase speed to market. Developers post their test application on the company’s web site, specifying the handset and network, and testers bid for the work, but the developer has ultimate control over which tester gets chosen for the job. Mob4Hire says it is the only mobile application testing company that uses crowd sourcing as it’s strategy. Mob4Hire is to provide the commercial and technological engine behind app developer platform O2 Litmus, a company we’ve covered before. Mob4Hire competitors include NSTL and DeviceAnywhere.

Orbster (Munich chapter): A provider of entertainment apps for mobile GPS systems, Orbster integrates maps into navigation games like scavenger hunts and silly guided tours. It was on our list of five location-based service providers or application developers to keep an eye on in 2009. Competitors include Hewlett-Packard with MScape (www.mscapers.com) and Groundspeak with geocaching.com and whereigo.com. The company claims that it’s the only one among these three to offer a tool (the mission designer) that allows users without any knowledge of programming and scripting to create a GPS game. Also, Orbster developed a Geo Content Management System, the basis of its core product, GPS Mission, which lets the company and  gamers place content (text and pictures, with audio and video coming soon) on any map location. A GPS Mission Facebook app lets gamers see their friends live on a map while playing the GPS game. Since launch in May 2008 the GPS Mission iPhone App has the top 15th game and the leading GPS app in the German iPhone App Store.

Oxynade (Brussels chapter): This mobile app aggregates event listings across thousands of web sites and makes them searchable via its engine, Happenr. Think of a single solution that gives event organizers (even small-scale) an online ticketing solution and a free way to promote their events. In the U.S. competitors would be services like Eventful and Zvents, however the company would be the first of its kind in Europe. It will be up against national ticketing system providers and international startups like Amiando. However, it says it has developed proprietary automated aggregation technology that’s unparalleled at this point. Oxynade’s business model allows it to distribute qualitative, location-based data services for free and to sign up larger media companies. The company has signed a six-figure, long-term agreement with Corelio (one of the largest media groups in Belgium) in which it will deliver location-based event information to their large online newspaper audience both on the web and on mobile devices. Happenr.com just launched in public beta. It also intends to grow by sharing event data with third parties (mobile, web-based or desktop applications and services).

Tellmewhere (Paris chapter): Using compatibility metrics to take the concept behind Yelp a step further, Tellmewhere determines which users you have the most in common with and then recommends restaurants, day spas and activities based on their preferences. Besides Yelp, Tellmewhere’s competitors include location-based services like Rummble and Whrrl. The company claims it has the best matching algorithm. Good “matches” ensure a very high relevance for users and a high conversion for merchants. The service has achieved some early traction. Its iPhone application is the most downloaded app in its category in the French app store after only two months. The Tellmewhere website has 300,000 visitors four months after launch.

Xumii (Sydney chapter): Xumii is a mobile service that let you access “feeds,” or streams of activity, from other social networks and services. Competing mobile social book providers like Zyb and Yahoo oneConnect offer aspects of address book synchronization and access to social networks, but neither company focuses on the cross-community socialization features that Xumii does. Competing cross-community socialization services like Intercasting, Newbay and Xoomerang focus on offering white-label solutions aimed at helping carriers create their own mobile social networks. Xumii differentiates itself by not only connecting to social networks but also providing cross-community messaging and media sharing. It expects its iPhone app to be released on the 16th. Since the release of its Java application on December 10, Xumii has had several hundred thousand downloads, the company says. We’ve covered Xumii before here and here.