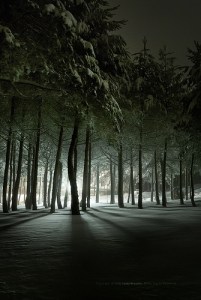 Digging into code reveals a lot of things. It’s usually pretty good for predicting upcoming software changes, but it’s also good for upcoming hardware changes as well. And the latter may have been uncovered by MacRumors tonight about the iPhone.

Specifically, the site notes that in the iPhone’s current firmware there exists a reference to the “iPhone 2,1.” Don’t mistake that for the iPhone software version 2.1, it’s a hardware number designation. For example, the original iPhone was “iPhone 1,1” and the iPhone 3G is “iPhone 1,2.”The iPhone ad platform and analytics company PinchMedia, has also apparently noticed this iPhone 2,1 in its ad logs.

So could this be the next generation iPhone? While Apple released the original iPhone in the summer of 2007 and followed it up one year later with the iPhone 3G, there’s been basically no word about a newer version, beyond some rather flimsy reports that a future version could use multi-core chips — that seems to be a ways off. Simple storage increases, do not get these number updates, MacRumors points out.

So what could this new iPhone be, and more importantly, is Apple already testing it? The wish list of new features for the iPhone is long, but most, like copy and paste, can be done by way of software update. The only hardware changes that get thrown around every once in a while are a version with a physical keyboard (which isn’t happening, and shouldn’t) or an iPhone with a better camera (and maybe even one facing forward for video streaming).

Here’s hoping that Apple created some new way to get excellent battery life in the iPhone, similar to what it has done with the new 17-inch MacBook Pro. If that were the case, Apple would have little excuse not to enable background tasks for third-party applications.

Update: Here’s a bit more information about the device.