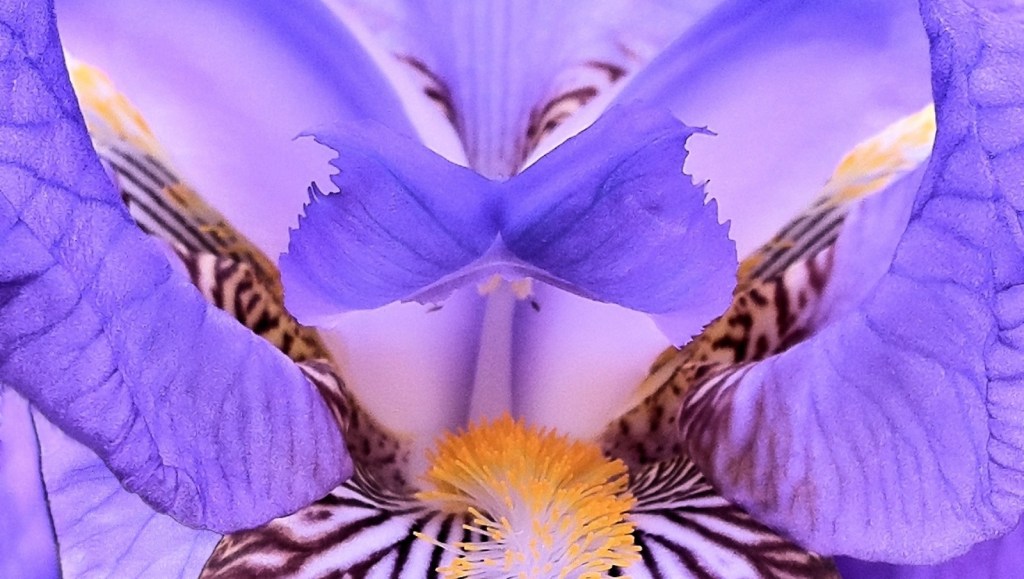 Alan Bailward is a programmer, sysadmin, and photographer living near Vancouver, BC.

If you’re a photographer, or interested in photography in some way, the iPhone and the iOS app store have been an incredible boon. Not only has there been an explosion in creative new ways to take, edit and share photography, but there seems to be a myriad of different choices for each of the steps. In creating a high quality device that has the power of a computer, a great (well, decent enough anyway) camera on it, and a platform that application developers can easily use to design and create apps, Apple has created a truly disruptive force in the photography landscape.

There are, however, some downsides. 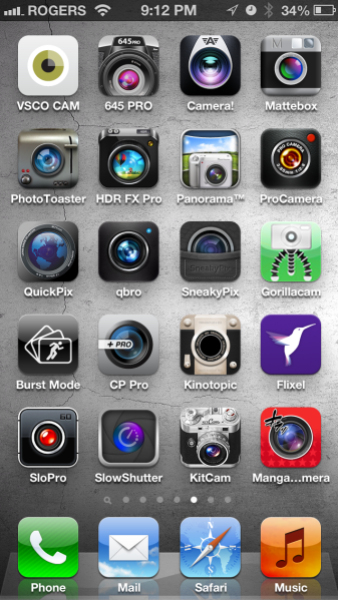 As you can see from the screenshot, I have a fairly serious iPhone camera app problem. I haven’t been checked out by a doctor, but the prognosis isn’t good. This is just the one screen of them, mostly ones I don’t use. The rest are organized in folders for taking pictures, taking video, editing images, sharing them, the business side of photography, and even a separate “Photo GPS” folder.

This isn’t the biggest issue though, the issue is that the 86 (yes, you read that right, 86) iOS apps that I have currently on my phone are some of the better ones in their respective categories. Yes, there are a few that were impulse downloads during a sale, but for the most part they were curated through trusted sources or my own research.

There’s a lot of stupid, photography apps out there. A LOT. Sometimes you really have to wonder how you can make it through them all.

FIrst there are the scam apps.

A quick search of the great iPhoneography.com for “scam” reveals a lot of stories. What is a scam app? Well, in general it’s someone taking someone else’s app, slapping a new logo and maybe a coat of paint on it and selling it for some low price point ($0.99) with either ads or prominent links to other apps that have had the same treatment. These are generally inferior, deceptive, and sometimes epically rage inducing.

Generally these apps also have a ton of (purchased I’m sure) five-star reviews to put them on the radar, and many times are duplicated many times over with different names and in different categories, but are all the same. Apple has done some work in this department, but there is still a lot of crap out there.

Next up are the truly silly “single use” apps.

Take for example 1×1 Camera, an app that appears to do nothing more than take images cropped to a square format. There are some more serious takes on this, with Michael Hardaker producing several (actually quite high quality) camera apps named 645 Pro, 6×7 and 6×6, with the main difference between the three of them the aspect ratio.

Now this is a case where the app itself is fairly decent, or at least, the author has put a fair amount of time and effort into producing something that’s good quality (the 645 Pro app and his new PureShot app (obit of which I own — I told you I have a problem) allow the fairly unique ability to save in a high resolution TIFF image, instead of the standard lossy JPG).

There are a lot of cases where the apps aren’t high quality, or for that matter any quality at all.

The number of apps on the app store that are either deceptively named (any query combination of camera pro, camera plus, or the like will end up with a lot of similar looking icons and feature sheets), or look like someone went through a iOS programming tutorial and then packaged up the result and is trying to make a couple of bucks off it by selling it for $0.99, is massive.

Nothing wrong with that, but as a consumer, you need to be aware of these things.

Let’s look at the “silly” apps in the store. Not just silly, like the Fatify app, which lets you take a picture and then make the person look fat, but bordering on the truly bizarre.

So how do you avoid the scams, the fakes, and the crap photography apps?

It’s not all doom and gloom though, here are my recommendations for the five essential camera apps photographers  should have on their iPhones:

Alan Bailward is a programmer, sysadmin, and photographer living near Vancouver, BC.  He can be found posting links to interesting things through the day at UFies.org or on his photography site at Bailward Photography.