Exactly one year ago, I wrote about the onset of “fake 5G news” — the increasing use of 5G as a buzzword to attract attention to otherwise non-5G products and services, which was already happening before 5G devices became available. Back then, Xiaomi lured media to an event for “the world’s first 5G commercial mobile phone,” then instead showed off a 4G phone with the promise to be first to 5G in 2019 — something that didn’t happen, as its Mi Mix 3 5G wound up shipping in May. Just as predicted, their “world’s first” claim was all hype.

On a positive note, 5G has become so real over the past year that there isn’t a need to focus on stories like Xiaomi’s any more: Every week brings plenty of actual developments that are worth reading about. But there’s still a lot of quasi-5G news out there, and the line between what’s real and what’s hype isn’t as sharp as it could be.

So here’s a quick guide to where things stand with real 5G and 5G hype as we head into the end of 2019. It’s based on the very latest information I’ve gathered from multiple companies in the 5G space, as well as my own experiences and hands-on tests.

You can debate how widespread or performant they are, but there are now live 5G networks all over the world, and coverage continues to improve every week. Three of the top four U.S. carriers are already offering consumer 5G service in multiple cities, generally at speeds that blow 4G away, and 5G has already launched in parts of Europe, Asia, and Australia — often with even better average speeds than U.S. users are seeing.

5G might not be in your neighborhood, city, or country yet, but it’s coming; expect additional 5G launches before the end of the year. The only question is how much faster it will actually be than 4G when it arrives for you, and the answer is likely to be “6 to 7 times” better on average, with peaks from 10 to 30 times better than 2018/2019-vintage 4G. 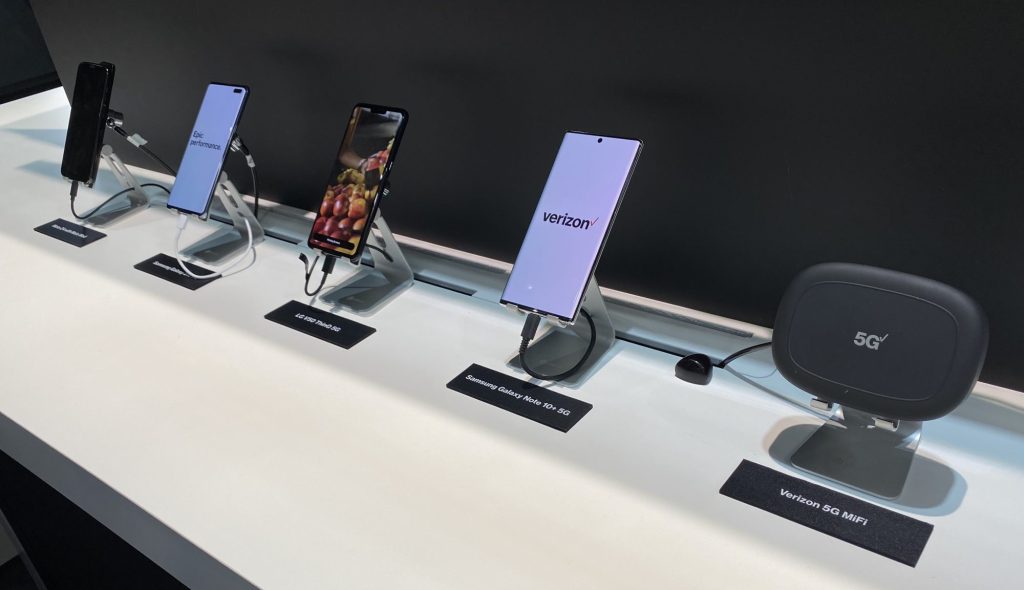 Globally, there are 20 or so actual 5G devices available for purchase as of today. Smartphones are probably the best known and most popular, but there are also multiple 5G hotspots and 5G broadband modems (known as “consumer premises equipment” or CPEs). In the United States, Verizon alone is currently selling three 5G phones, two 4G phones with an optional 5G backpack, one hotspot, and multiple 5G CPEs for home use. Some European and Asian carriers are now offering five or six different 5G phones, including models that aren’t available in the U.S., and China is soon expected to have an even wider array of options.

Prices have come down, too. You can now get a super-fast 5G phone for less than the price of a 4G-only iPhone 11 Pro. Even more affordable 5G devices will continue to hit stores throughout the end of 2019 and beginning of 2020. 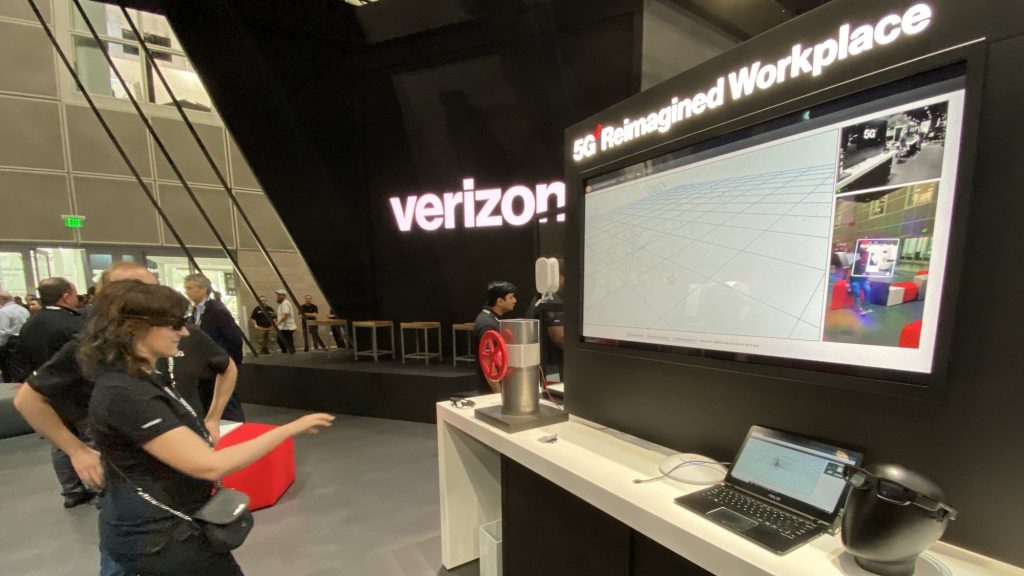 There are no true 5G VR or AR headsets in the marketplace, nor has any such product actually been announced to the best of my knowledge. Literally every VR or AR headset currently on the market uses Wi-Fi and/or a wired connection for data. If you hear something about a supposedly “5G” VR or AR headset, you can be certain that it’s at best using a 5G-to-Wi-Fi hotspot for data, or otherwise in a prototype state that’s not ready for actual purchase by either consumers or businesses.

That will change over the next couple of years, particularly after 5G networks add lower-latency hardware and software to support the high frame rates and data demands of XR devices. Before that, we’ll likely see quasi-AR handheld solutions implemented in 5G phones and tablets. But for now, true 5G VR and AR are firmly hype. 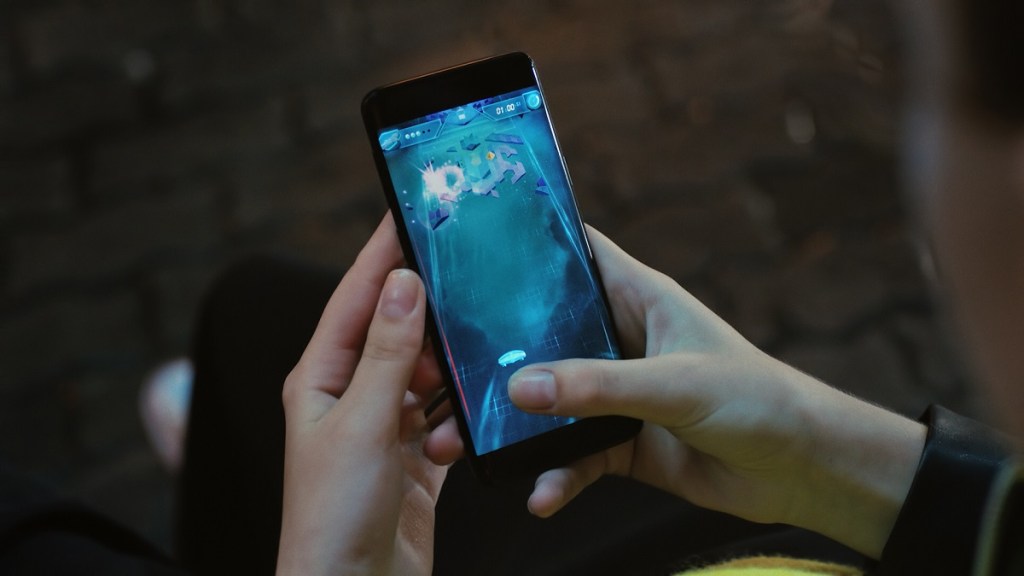 Above: Arkanoid Rising on Hatch

Normally I’d call 5G gaming “hype for now,” as the version of it that is arguably most appealing — streaming live, fully responsive PC- or console-quality games to any otherwise “dumb” screen with a controller over 5G — isn’t quite here yet. It’s close, as Nvidia is actively working to bring its GeForce Now service to 5G, while Google, Microsoft, and Sony have their own cloud-based streaming services that could all move over to 5G when the network infrastructure is ready to support them.

But there is an actual 5G gaming service, Hatch, which streams mobile-quality games to mobile devices over Sprint’s 5G network. Assuming you have a live network connection, it’s virtually indistinguishable from having a library of games directly on your device — but expectations for mobile games are pretty low. So 5G gaming is real, but whether that’s “real 5G gaming” is up to you. 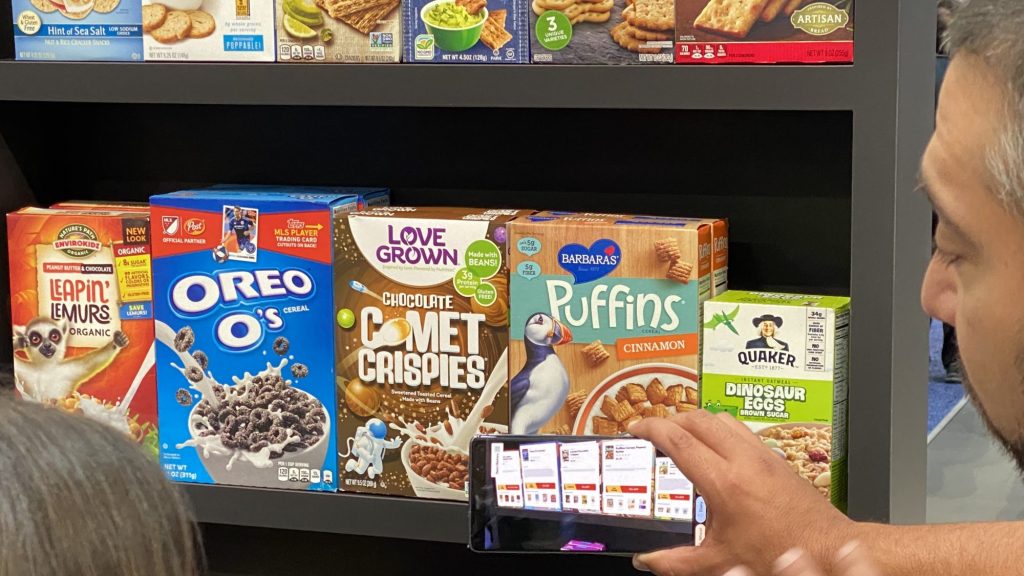 It’s obvious from the emails I receive and news articles I read that marketers are salivating over the opportunity to insert “5G” into shopping stories. But it’s all hype for the time being.

The actual interplay between 5G and shopping isn’t instantly obvious. At MWC LA this week, Verizon offered demos where a 5G phone could — in real time — be used to peruse nutritional data for multiple products on supermarket shelves, including the ability to flip through several different types of information for each product. This is technically “just” augmented reality, so why is 5G needed?

As the Verizon representative explained, the quantity of data used for each product’s augmentation was way higher than one might have guessed: a multi-layer video stream rather than just a flat image or text. Being able to simultaneously (and quickly) identify multiple products from a huge potential catalog and stream new content in and out for each also requires more than trivial transfers of data. 5G’s pipes and speed will make this possible in real stores with real phones. It’s just a question of when. 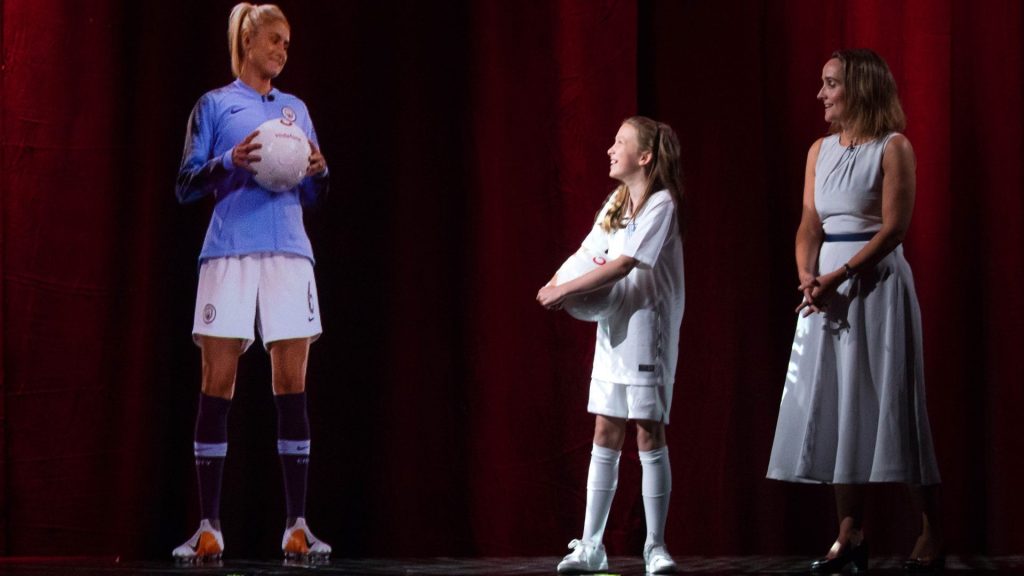 Above: A holographic call using 5G enables a young soccer fan to meet and interact with a British soccer captain.

Holograms in the way people tend to think of them — ghostly images that float in the air — have been the stuff of science fiction for decades, with only the most limited and generally unimpressive real-world applications (see: Sega’s Holosseum). Forty years after R2D2 projected a pleading hologram of Princess Leia during a pivotal scene in Star Wars, similar technology still hasn’t made its way into consumer devices.

Cellular carriers and 5G engineers suggest that’s going to change, though it remains to be seen whether there will actually be a consumer volumetric display technology to support it. Intel showed off Looking Glass’ expensive 3D display at Siggraph, while Red crashed and burned with the supposedly holographic screen in its Hydrogen One phone, neither of which was quite as cool as the “live holographic call over 5G” Vodafone teased last year.

The enabling technologies for capturing and broadcasting volumetric 3D versions of people and objects are very real, and rapidly shrinking from room-sized down to phone-sized. But it remains to be seen whether the broadcasts will be viewed solely on tiny 2D smartphone screens, through 3D AR glasses, or using large-scale projection systems. In any case, 5G or similarly high-bandwidth, low-latency data pipes will be necessary to bring them to life. 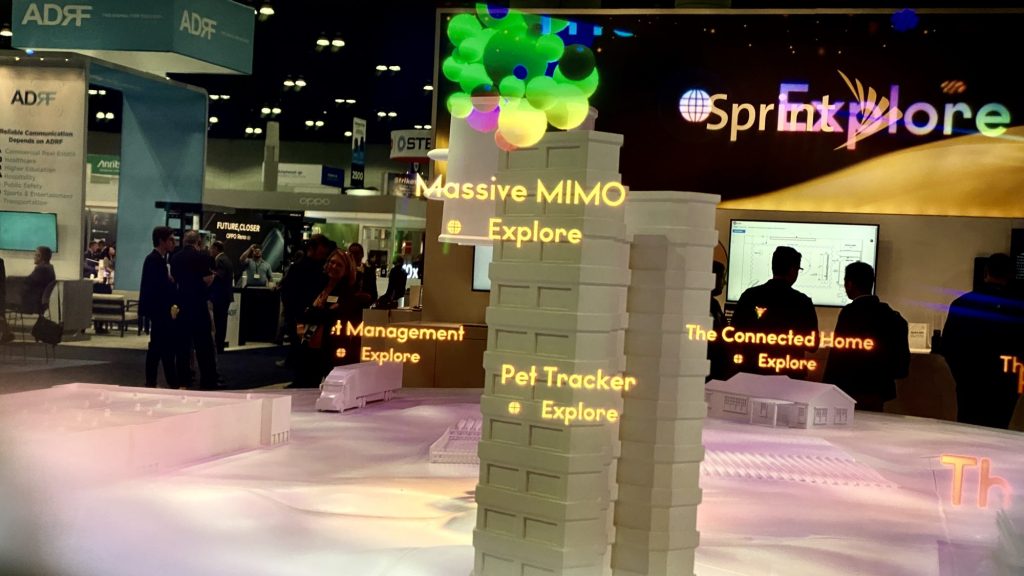 One year ago, there was a lot of excitement over 5G’s transformative potential across virtually every conceivable industry, as well as transportation, cities, and public spaces. CEOs and policymakers spoke of 5G as the fountainhead for the “fourth industrial revolution,” and carriers such as Verizon held joint press conferences with mayors to herald each breakthrough deal with the “first 5G cities.”

I’m not going to say that excitement has dimmed for any of these subjects, but between the current state of 5G standards and the pace of various cities and industrial players, the best way to describe these initiatives is “in progress.” The enhanced, ultra-reliable low latency form of 5G required for industrial IoT, massive city-scale 5G IoT, and 5G cellular vehicle communications are all coming in the next 5G standard update, Release 16, which is currently expected to be completed in June 2020.

Today’s lack of actual 5G cars, 5G cities, and 5G industrial sensors doesn’t mean that they’re all strictly hype, but the reality is that there’s going to be a lot more talk about what’s coming later on these topics than what’s coming soon — even if developments are portrayed as imminent. Between now and then, there are going to be lots of studies, tests, and pilot launches announced, to say nothing of pie-in-the-sky concepts that are even less likely to become tangible over the next few years.

Whether they’ll actually be worth reading about remains to be seen. But I’ll be doing my best to keep you focused on all the key 5G developments as they happen.