Disclosure: The organizers of Quo Vadis paid my way to Berlin, where I am moderating a panel on gaming. Our coverage remains objective.

Virtual reality has been billed as the next big thing for gaming. It is expected to be a $30 billion segment of a larger $150 billion augmented reality/virtual reality market by 2020, according to technology advisors Digi-Capital.

But a lot of that market could go beyond games, and Harald Krefting, a senior creative developer at digital agency AKQA, showed a slice of those applications at the Quo Vadis gaming conference in Berlin today. The apps covered industries such as cars, retail, advertising, medicine, manufacturing, and communication. 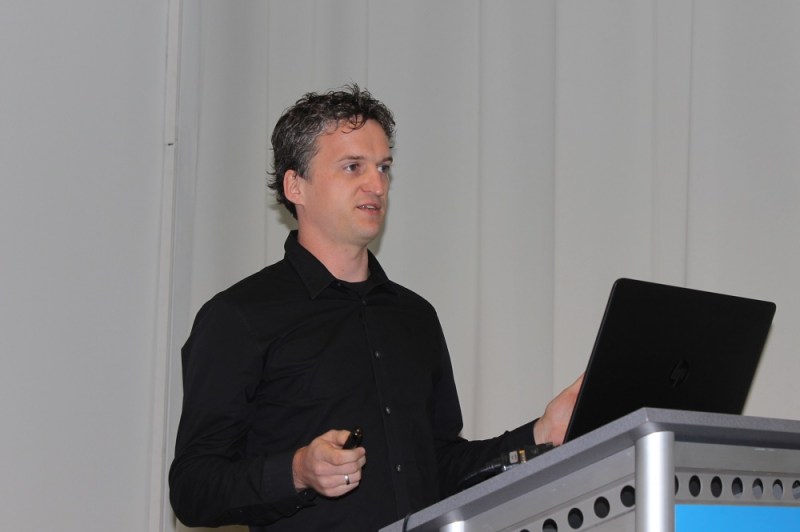 Above: Harald Krefting of AKQA

“VR is the ultimate simulator to create real physical connections where none were possible before, and it uses presence, or an engagement that takes over all your senses, to immerse you,” Krefting said. “We think immersive VR is the first big medium since the smartphone that will have a massive impact on all touch points,” or all the ways to interact with brands.

At the Tokyo Motor Show in 2013, AKQA worked with Nissan to use VR to get attendees to offer feedback through creating custom paint jobs and decals for cars. The IDx promotion was a big success, allowing Nissan to collect a couple of thousand perspectives from young folks on how they wanted their cars to look. Using VR headsets, people could visualize cars in stereoscopic 3D and add customizations that they wanted to see on the cars. It resulted in a crowdsource-designed car. 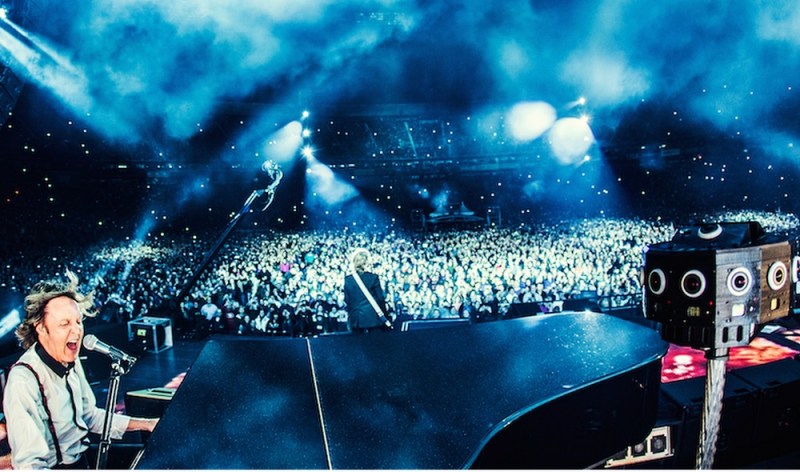 Above: Jaunt’s VR view of a Paul McCartney console.

This is the next big step in movies, where you can see the scene from a 360-degree point of view. It is less passive than sitting in a cinema or in front of  your TV. You can look around a scene where an actor seems to be waving at you. But in fact, you turn around, and see the actor is waving at another actor behind you. You have to actively move your perspective to fully absorb a scene.

Jaunt created a 360-degree view of a Paul McCartney concert, allowing you to see the concert from all views, including McCartney’s own view from the stage. You can imagine journalists creating a VR scene that transports you into the scene of an event, putting you in the journalist’s shoes and making it a more authentic experience than a carefully cropped view of reality. Filmmakers have a chance to create a story that is more participatory, like a Heavy Rain-style game where you make moral choices that have consequences for characters.

“We can get you engaged with the characters and have you share a story with someone else that is more exciting and entertaining,” Krefting said. 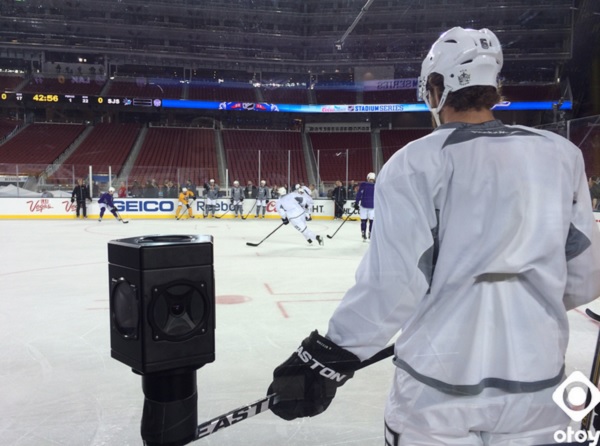 Sports venues are creating VR experiences where you can see what it’s like to watch a basketball game from the seat on the sidelines. Nascar puts you in the driver’s seat of a car, a place you could never see even if you were at the event. Otoy worked with the NHL to film a hockey game from all angles. 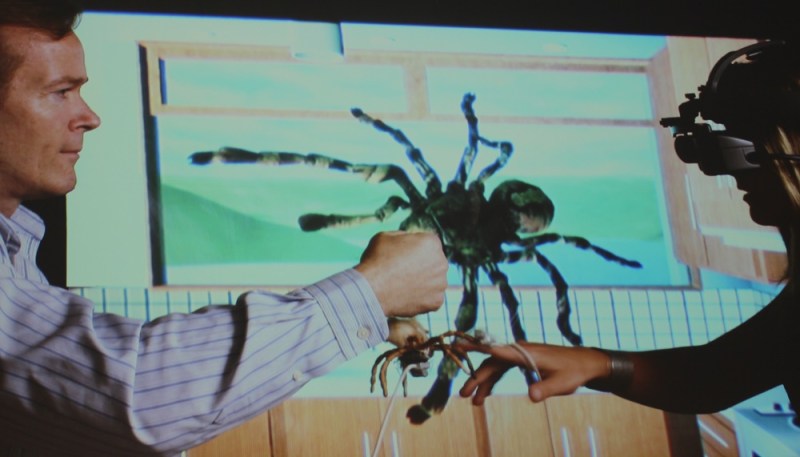 Above: Using VR to treat arachnophobia.

Psychologists are using VR to treat patients with psychological disorders. You can treat someone who has a fear of spiders, or arachnophobia, by showing them a virtual spider up close. They can touch it with a virtual hand, and experience it without the stress of reality.

In another experiment, soldiers looked at a simple animated VR experience while their bandages were changed. They reported lower levels of pain while watching the animation. And they didn’t have to be sedated during that experience.

You can also simulate the experience of sitting in an airplane for someone who is afraid of flying. They can experience turbulence, and they can stop the simulation if it becomes too much. You can’t do that if it’s happening in real life.

“You could connect to the best surgeons in the world,” Krefting said. 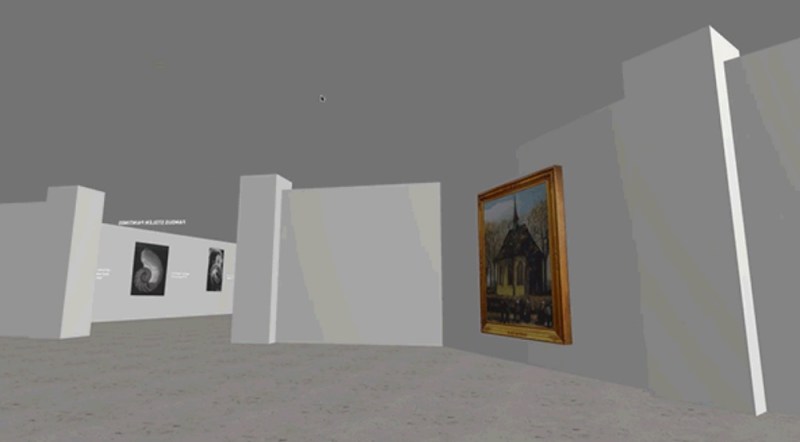 Above: Museum of Stolen Art lets you view paintings in VR.

One educational VR project highlighted the problem of art theft. In the Museum of Stolen Art, you can view VR images of artworks that have been stolen in real life, or are just missing. These are images you can’t see in real life.

“This is a very good example of connecting people to inaccessible things,” Krefting said.

Another educational experience is Titans of Space, which lets you take a view of the solar system and gives you a sense of the size of each planet. It really makes you understand how big Jupiter is compared to the Earth. 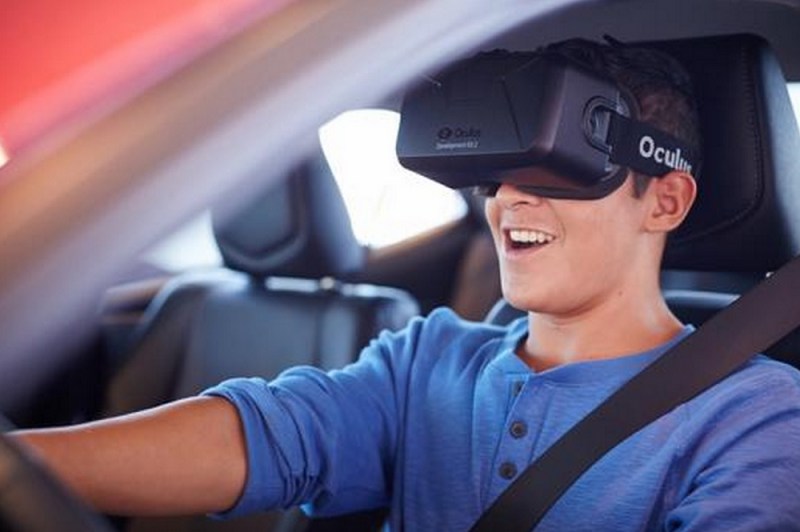 Toyota created a VR experience called Teen Drive 365. The teen sits in a driver’s seat and wears an Oculus Rift headset. They can see the impact of distractions on a driver, like what really happens when you look down to view a text message while driving a car.

“It creates an awareness of how the distractions can make you get in a car accident, and it does so in a controlled environment,” Krefting said. “You can use a simulator to learn to fly an airplane. There’s no reason you can’t do the same thing for a car.”

By the same token, VR can be used to control drones or robots remotely. NASA may use VR to help astronauts repair things on space stations without being exposed in a real space walk. 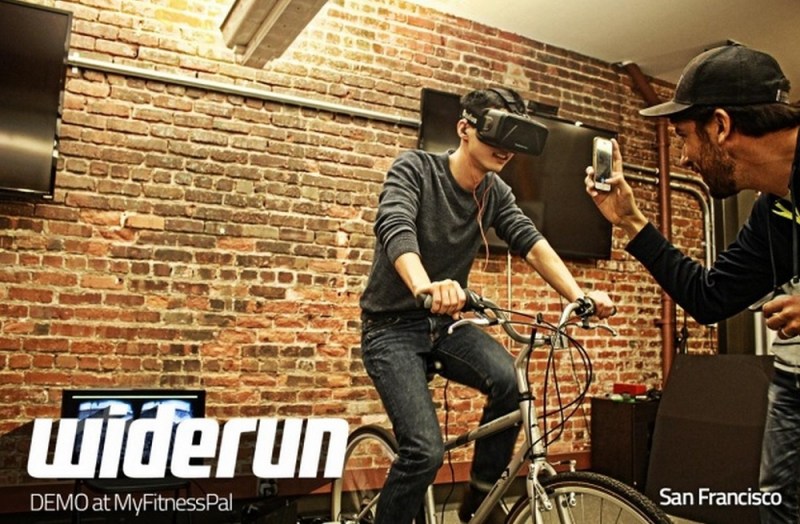 Above: Widerun VR gives stationary bikers something better to look at.

The Widerun VR experience lets you wear a VR headset while on a stationary bike. You can see a much more exciting or relaxing view than the boring insides of a gym.

“Kinect and the Wii tried to give you a sense of virtual sports, but they lacked the presence only VR can give you,” Krefting said. 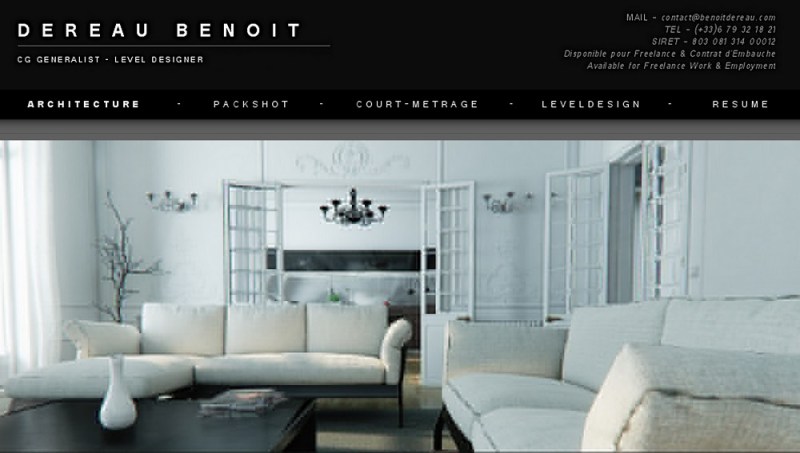 You can use VR to transport yourself to a place you have never traveled. In first-class seating on flights, Qantas airlines lets travelers borrow a Samsung Gear VR headset to see what it’s like to visit various places where Qantas flies.

Architects and realtors are getting into VR to visualize what it’s like to be in an apartment and see how sunshine will really look inside the space. Realtors can use it to give potential buyers a sense of the inside of a house, even if the current tenants are still resident and the buyers can’t visit it in person.

Product designers can also use VR to design their products and fully simulate them. BAE Systems and other engineering companies use VR to cut the cost of product design. After all, it’s cheaper to redesign something when you find that one part of it doesn’t fit through simulation than when you find the flaw after you’ve already built the object. 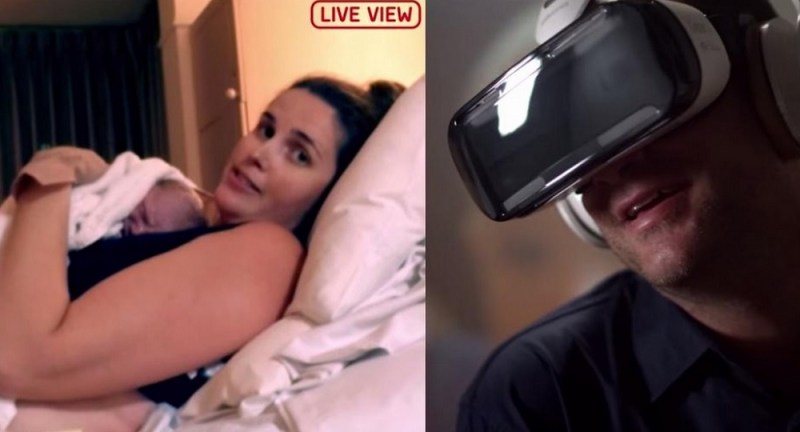 Krefting closed with a Samsung Gear VR advertisement, where Samsung connected a father with a distant mother as she had their third baby. The father was able to see the birth live and see his baby son for the first time, even though he was far away. It was a really effective advertisement.

“VR can be a form of advertising, but it has to add value to the user,” Krefting said. “That is what advertising should do. Otherwise, it’s just pollution.”