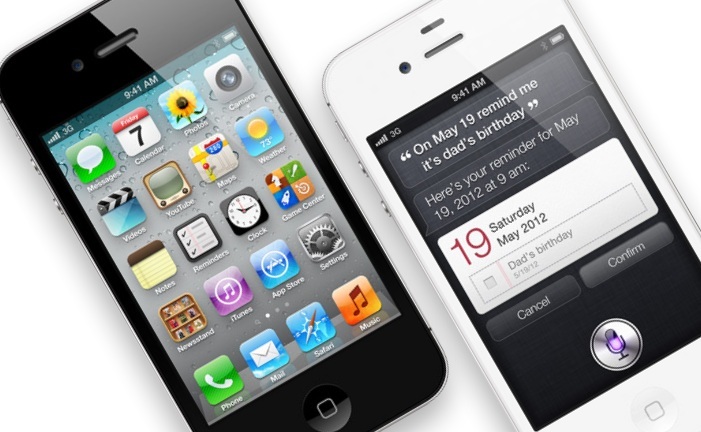 Right now it’s the best of times for mobile payment companies, with new ideas and startups cropping up what seems like daily.When and if Apple announces NFC-equipped iPhones, it might become the worst of times.One of the big iPhone rumors (don’t worry, it’s not a stylus) is whether or not Apple will go “all in” on the payments game. It’s set itself up pretty well with its Passbook app, which is designed to store all kinds of information from plane tickets to loyalty cards, but not optimized to let consumers actually complete the act of paying for something.

It’s a cautious, “wait and see” approach that is actually quite smart of Apple — it can sit back and watch while startups like mine cage-match it out to become the top mobile payment network. And as Apple often does, it can choose to arrive at the cage-match with a stun gun.

Let’s look at a world where the next iPhone has NFC, and one where it does not. What will happen to the rest of the mobile payment ecosystem?

Headline: Here’s How The New iPhone Will Kill Every Mobile Payment Provider

The immediate scene: Apple CEO Tim Cook unveils the new NFC-equipped iPhone. If there were TV crews capturing mobile payment CEOs throughout the US as this moment happened, it would be like a night at the Oscars where no one had remembered to prepare a phony reaction for when they lost.

Apple has amassed a huge collection of credit card numbers over the years. Now it has access through Passbook and distribution through the iPhone. As an iPhone-wielding consumer, you could store an entire wallet within Passbook and use various cards at any place with an NFC terminal. Geofencing — the Passbook app’s ability to instantly call up the right card based on the consumer’s proximity to a terminal — makes the transaction absolutely mindless, which is key to consumer adoption.

WTF is really happening: Apple might be making a move to dominate the entire payment infrastructure, but there are many, many factors in place that make it nearly impossible to do immediately. The current payment infrastructure (comprised mostly of point-of-sale systems) has taken decades to build and won’t be gone overnight due to NFC or anything else, really. It’s kind of like the power grid. There are alternative energy sources, but the power grid has such ubiquity and control over the general population that it will take years and years to undo.

Apple historically doesn’t integrate with other players out there — whether that means a different mobile operating system or a retail point-of-sale system. While this has served it very well in building other ecosystems, it could pose a problem within the payment industry itself.

While Apple will instantly capture the attention of millions of consumers because of its rabid fanbase alone, it’s not likely that it can overtake the entire payment processing chain by maintaining its closed-network approach.

Why other mobile payment companies are not, in fact, totally screwed:Well, maybe some mobile payment companies are screwed. But if we’re smart, we’ll get through this by 1) making our own solutions more universal by playing nicely with everyone (be like the Android open platform, not the iPhone end-to-end platform) and 2) providing value beyond the transaction.Mobile payments should have absolutely nothing to do with the act of paying with your phone (with a QR code,  NFC, or any other technology-of-the-moment, for that matter). It’s more about what value beyond the payment you can bring to both consumers and merchants, and that means a hell of a lot more than just the act of paying.Credit cards and cash are perfectly easy and acceptable ways to pay, so without applying any real innovation to the mobile payment process beyond the transaction, we’d just be fixing a problem that doesn’t exist. Kind of like every late night infomercial out there.

Headline: The New iPhone: Now With a Bigger Screen!

The immediate scene: People still wait in line for days, often with tents, sometimes in costume, to get the new iPhone. No NFC makes about zero difference to the consumer. What matters is that the iPhone is shiny and new. And maybe Siri gets slightly less irritating.

The immediate conclusion: Mobile payment companies have bought themselves some more time before their inevitable demise.

WTF is really happening: If the new iPhone doesn’t have NFC, Android can and probably will take the lead in capturing this market share ASAP. Then the rest of the mobile payment companies out there will have Google Wallet to contend with.

Whether it’s Google, Apple, or some major credit card company that makes the next big move for market share, one thing holds true: paying with your phone shouldn’t only be about paying.NFC or no NFC, other mobile payments are not, in fact, screwed. Nor will there be only one winner. The only way to force a real change in consumer behavior is to give consumers a reason to change. People largely stopped using checks when debit cards offered consumers extreme convenience. People stopped mailing things when email made the transmission of messages frictionless. Payments are already relatively convenient and frictionless, so the only way to drive change will be through innovation around the merchant and consumer relationship.Merchants want something that drives consumers back to their stores and brings more new consumers in the door. It has been this way as long as businesses have existed. Mobile payments make an extreme amount of data available to merchants, which they can in turn use to solve these problems.

In the next 10 years, we’ll all probably be paying with our phones but not because we dislike cards or cash. There will be some added measure of value we’ll be getting out of paying by the simple act of scanning, stating our names, taking our fingerprints, standing on our heads, and clapping thrice (ok, maybe that one isn’t so simple), or tapping our phones against a terminal.