Acer has officially unveiled a new lineup of budget notebooks, and it looks like the Taiwan-headquartered tech titan has Google Chromebooks in its crosshairs.

Microsoft first teased the new Acer Cloudbook laptops (not to be confused with the Everex CloudBook that launched in 2008) during a keynote speech at its Worldwide Partner Conference (WPC) in Orlando, Florida, last month — but few details were revealed until today.

The new Aspire One Cloudbook 11 and 14 machines will, of course, feature Microsoft’s latest Windows 10 operating system.

The Cloudbook 14, on the other hand, weighs in at 3.5lbs (1.6kg), sports a 14-inch display, and costs $200 for a 32GB version. There is also a 64GB version that doesn’t yet have a price tag –though  it’s safe to assume it will cost around $20 more. This machine will go on sale in North America from September. 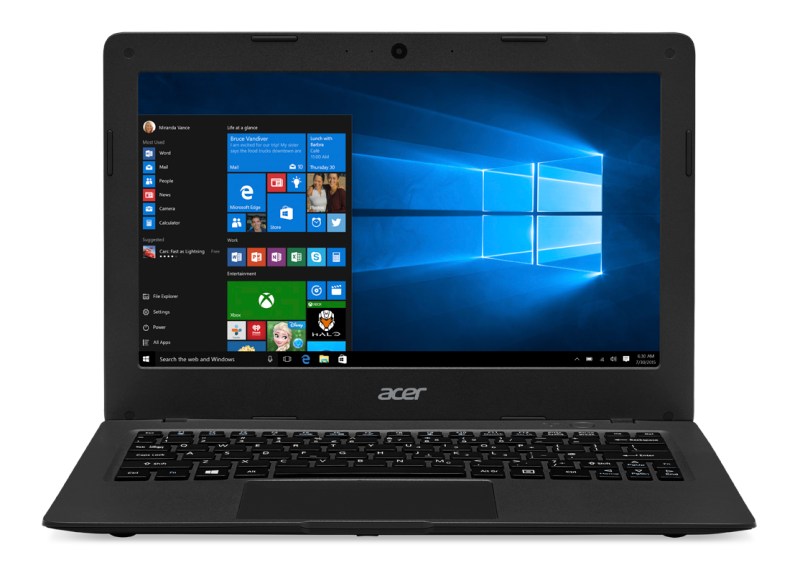 Given the limited on-board storage capacity, Acer is pitching the two machines as “online-oriented” — they’re all about the cloud. Indeed, Office 365 (Personal) and 1 terabyte (TB) of OneDrive online storage are bundled with the 32GB units, and with the 64GB models in some markets. A 100GB OneDrive voucher comes with the 16GB version.

However, it’s worth noting that the bundled storage and Office subscriptions are only valid for one year — after that, you’ll need to pay to continue using the services, something that Microsoft is banking on.

Even though Acer offers its very own branded Chromebooks, It’s clear the company is targeting Google’s stripped-down, cloud-focused laptops with this launch.

You can now get a Chromebook for as little as $150, so while Acer’s machines are marginally more expensive, they do come with the added benefit of being built on Windows — something that will appeal to the millions of people who are tethered to Microsoft’s app-based ecosystem. In which case, it might just be worth paying an extra $20 to $50.