With Windows 10 now officially out of the starting blocks, the uptake of Microsoft’s new operating system has been fairly impressive. But all eyes are on the new devices slowly emerging from manufacturers around the world, built specifically with Windows 10 in mind.

The latest to embrace Windows 10 is Acer, which unveiled a trio of new devices at an event in Taiwan earlier today: The new Liquid Jade Primo smartphone runs on Windows 10 mobile, while the Aspire R 14 convertible notebook and Aspire Z3-700 all-in-one PC cater to those who still hanker for traditional computers. And it’s the latter of these devices that is particular interesting, as it continues a minor trend that has yet to really gain traction in the desktop PC sphere.

Indeed, the Aspire Z3-700, like many other all-in-one PCs, is basically a screen with the brain and engine built directly into it. It’s like a giant tablet, in effect, that straddles the laptop and traditional desktop PC realms. However, Acer’s latest effort includes a battery, one that promises to last for up to five hours.

While the 17.3-inch device isn’t a laptop — it has no built-in keyboard — it’s interesting to see Acer add a battery to its latest PC, as it means that people can effectively use it as a tablet, albeit a very big tablet. The Z3-700 is 15.6 mm thick, weighs 2 kg, sports a full HD screen, and has two kickstands to let it stand upright for use with a keyboard. 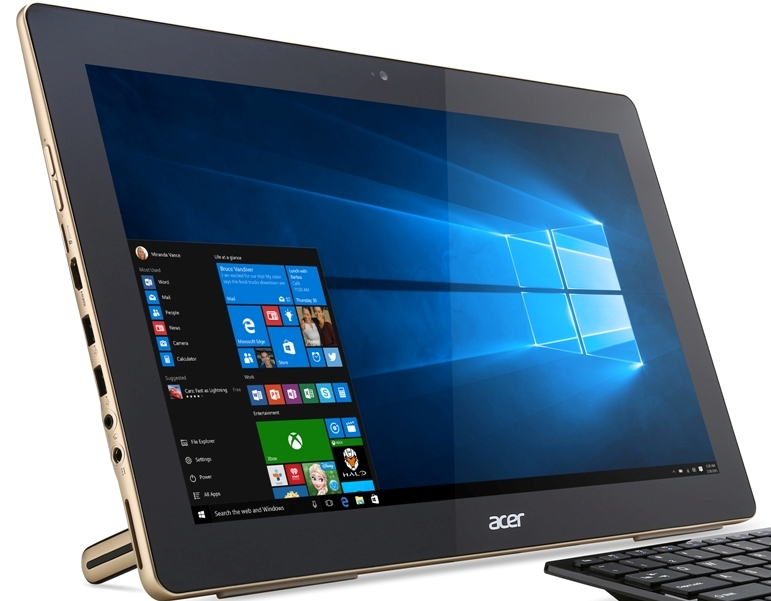 It’s not the first such device to have a built-in battery, however. The Z3-600 also had one, while a Sony Vaio incarnation had one a few years back.

A built-in battery can be useful for other reasons beyond simple portability. One of the key benefits of using a laptop is that you can unplug it from power outlets, move it around, and even suffer a power cut without ever worrying about losing important work. With a desktop computer, however, if you lose power unexpectedly, or wish to change wall sockets, it isn’t quite so easy.

The move to include a built-in battery is also indicative of shifting expectations of consumers, who are increasingly accustomed to moving untethered around the home. For that reason, the Acer Z3-700 could find itself a market, and it could signal the start of a trend in all-in-one PCs. But then again, the feature could go largely unnoticed by those simply seeking a new workstation for their house.

The exact specifications (e.g. processor-type and memory) will vary by region, but it’s expected to start shipping to the Europe, Middle East, and Africa (EMEA) markets by the end of 2015, with prices starting at €600 ($685).