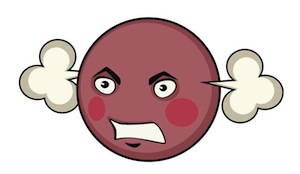 Adobe didn’t say much yesterday about a new Apple policy that could further block Adobe’s efforts to bring its Flash format to the iPhone. But the company was more vocal today, both in a filing with the Securities and Exchange Commission and in a post written by a company evangelist.

The filing, which was first spotted by Bloomberg, is the more measured and low-key statement, and I don’t think it’s a direct response to the most recent news. But it’s still significant because it represents a serious acknowledgment that Apple’s lack of support for Flash (which powers most of the video and games on the web) on the iPhone and now the iPad could hurt Adobe’s business. In the “Risk Factors” section, Adobe writes:

To the extent new releases of operating systems or other third-party products, platforms or devices, such as the Apple iPhone or iPad, make it more difficult for our products to perform, and our customers are persuaded to use alternative technologies, our business could be harmed.

Perhaps that’s part of why Adobe evangelist Lee Brimelow was so feisty in a post today on The Flash Blog. As Apple continues shutting the door on Flash, Adobe’s tone has gotten more and more combative. Last fall, when chief executive Shantanu Narayen was asked about bringing Flash to the iPhone, he said, “I’d love to work with Apple to make it happen.” In January, after it became clear the iPad wouldn’t support Flash either, Adobe’s blog post was a bit grumpier. And today’s post is just plain pissed off. (Though to be clear, the post is not an official Adobe statement, but a personal post by an Adobe employee.)

Until now, Adobe had at least hoped to bring Flash applications to the iPhone through a workaround, where apps could be built using Adobe’s tools then converted to the iPhone format. But Apple just revealed a change to the iPhone developer agreement apparently prohibiting that practice. Brimelow writes:

This is a frightening move that has no rational defense other than wanting tyrannical control over developers and more importantly, wanting to use developers as pawns in their crusade against Adobe. … The fact that Apple would make such a hostile and despicable move like this clearly shows the difference between our two companies.

Brimelow adds that he won’t personally be “giving Apple another cent of [his] money” until “there is a leadership change over there.” And even after the post itself, he takes one more dig at Apple’s fans: “Comments disabled as I’m not interested in hearing from the Cupertino Comment SPAM bots.”

Meanwhile, if you want a slightly less indignant take on Apple’s motives, you should check out Daring Fireball, where John Gruber argues Apple is trying to maintain control over its platform rather than giving that power to a “meta-platform” like Adobe.

Update: Adobe Chief Technology Officer Kevin Lynch has written a post that can be presumably be seen as a more official company statement:

First of all, the ability to package an application for the iPhone or iPad is one feature in one product in Creative Suite. CS5 consists of 15 industry-leading applications, which contain hundreds of new capabilities and a ton of innovation. We intend to still deliver this capability in CS5 and it is up to Apple whether they choose to allow or disallow applications as their rules shift over time.

Secondly, multiscreen is growing beyond Apple’s devices. This year we will see a wide range of excellent smartphones, tablets, smartbooks, televisions and more coming to market and we are continuing to work with partners across this whole range to enable your content and applications to be viewed, interacted with and purchased.