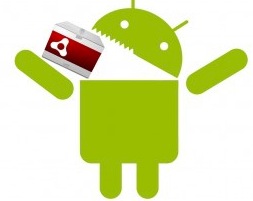 Even though it hasn’t officially launched yet, Adobe said today that developers are already embracing its AIR technology for building applications on smartphones and other devices.

Adobe first released AIR in 2008 as a tool for creating desktop apps that are connected to the Web, but the company is positioning the new version of AIR as a key part of its mobile strategy. Most of the focus in recent months has been on Adobe’s Flash, which is the company’s technology for creating video, games, and other content in the Web browser. But AIR could be just as important for Adobe on smartphones, since it allows developers to build apps that users can download from app stores, and that can run on multiple phones.

The company first announced a test version of AIR for Android at the Google I/O conference in May, and more than 7,000 developers have now signed up, AIR Group Product Manager Aaron Filner said at Adobe’s Android Summit in San Francisco today. That’s only a small part of the total Android ecosystem, which includes more than 100,000 apps (the number of developers is presumably a bit smaller than that). Still, it seems like a sign of healthy interest for such an early product.

Presumably that interest will grow once the mobile version of AIR has its full launch, which is scheduled for sometime before the end of this year. Interest in AIR could also get a boost as Adobe makes AIR available on other smartphone platforms, since one of its big selling points is the cross-platform functionality. Filner said AIR doesn’t quite achieve the ambition of “write once, run anywhere,” where developers can create a single application that runs on any device. But most AIR developers only need to do “a little bit of tuning” to customize their apps for each device.

Droid-maker Motorola and BlackBerry-maker Research in Motion are the only announced partners so far, but I’d expect Adobe to work with most or all of the same partners as it has with Flash, bringing AIR to most smartphones except for the iPhone, where cross-platform technologies, especially Adobe’s have been blocked (something that Adobe chief executive Shantanu Narayen said he has “moved on” from). And AIR should eventually work on some tablet devices too.

Adobe said we should “stay tuned” for more details about its AIR distribution strategy.