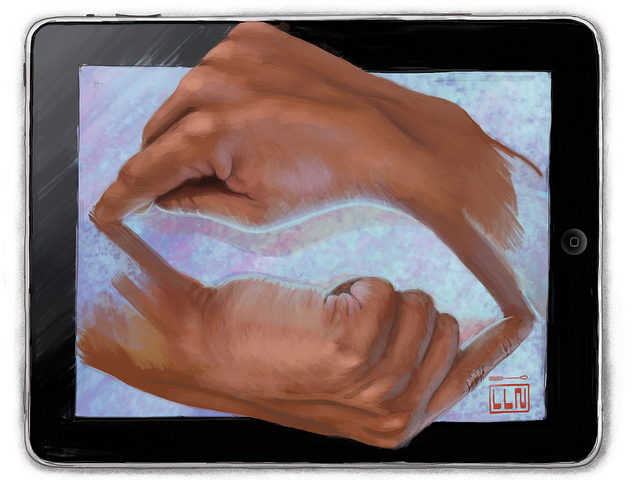 It seems almost certain that Apple will announce an iPad Mini tomorrow in San Jose. And for several reasons, advertisers can’t wait. 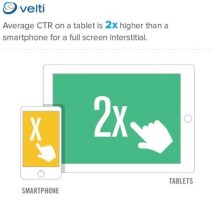 But more importantly, they punch above their weight for content consumption. For example, even though Android smartphones have been outselling iPhones for some time — accounting for 68 percent of smartphones sold in the second quarter of 2012 — it was only in the last week or so that Android phones finally outpaced iPhones for mobile web share.

For example, tablets in general have two times the clickthrough for full-size ad interstitials, a fact that Velti says is due to rich media ads achieving higher engagement due to the larger display. But within tablets, the 7″ midsize is even better. The Amazon Kindle Fire clickthrough rate for large banner ads is more than double iPad 3’s and about 50 percent higher than the Samsung Galaxy Tab’s.

Velti says that the lower price Android tablets, including mid-sized versions, brought in new tablet purchasers last year. It’s likely that a smaller and cheaper iPad will do the same.

That all adds up, according to Velti, to potentially the most successful mobile device for consumer engagement with mobile marketing.