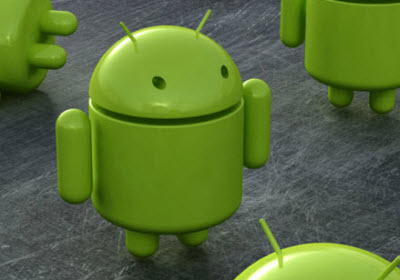 Google finally said today that it has begun testing in-app billing for the Android Market and it will formally launch it next week. That could kick off a new era of financial viability for makers of apps and games on Google’s mobile operating system.

In-app purchases have been transformational for app makers on Apple’s iPhone, allowing them to execute free-to-play business models that have been very lucrative. But for app makers for Android, it’s been a long wait.

In-app purchases allow consumers to browse content more conveniently. They can try out an app for free and pay real money for virtual goods inside the app without ever having to leave the app to complete the transaction.

In-app purchases are key to free-to-play, and they have led to an explosion of digital commerce in Facebook games such as FarmVille and in titles such as We Rule on the iPhone. This model is an important option because some consumers don’t want to pay 99 cents or more for an app just to try out something on the Android Market. 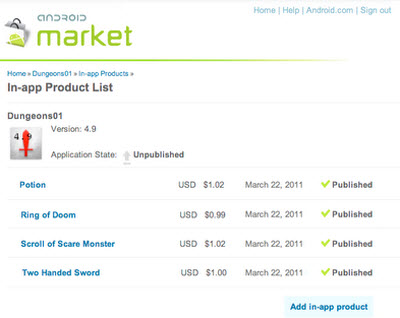 Developers can now upload apps to the Android Market that will test the whole process for in-app billing. The formal in-app billing will be official next week.

Apple implemented in-app billing in the fall of 2009, giving iPhone developers a new business model that stabilized their companies and allowed them to grow much faster in comparison to Android developers. Game maker Rovio, for example, launched its popular Angry Birds game on Android but it had to use a free ad-based model because there were no in-app purchases.

Android’s growing numbers of phones still encouraged developers to make apps for it, but now the in-app billing should make a big difference in how much developers are willing to invest in making apps for the platform.