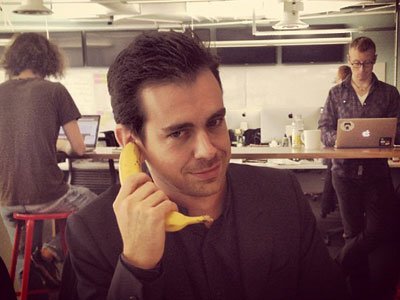 Above: "Why won't you return my call?"

Top venture capitalists and Mark Zuckerberg weren’t the only ones interested in high flying photo sharing app Instagram. Twitter founder Jack Dorsey, an early angel investor in Instagram, was also trying to buy the service in the months before Facebook paid $1 billion for it.

Apparently there are some sour grapes. As the NY Times reports, “Mr. Systrom may have lost one connection in the deal: Mr. Dorsey of Twitter. His company, according to several people briefed on the matter, had expressed interest in buying Instagram in recent months. Mr. Dorsey once used Instagram daily to send photos to Twitter, but he has not been back since the deal was announced, perhaps a sign that he is not happy to see it in the hands of a competitor.”

Maybe Dorsey has simply been busy being the CEO of Twitter and Square. Who knows. He can always comfort himself with the monster return he surely made on his angel investment, which he gets back many times over in cash and pre-IPO Facebook stock.

Instagram has added 10 million users in just ten days since making its service available on Android. But it has yet to crack the riddle of how to make money off its service. Instagram founder Mr. Systrom may have chosen Facebook over Twitter because the social network has had far more success building a business, and could more easily support Instagram in the future.