When Apple introduced the iPhone 7 and 7 Plus in September, it presented consumers with a sort of problem: most headphones and earphones wouldn’t work with these smartphones, because they don’t have a headphone jack. (“Courage”!)

But at the same event Apple proposed a solution: new wireless headphones and earphones, including AirPods, a wireless version of the classic white EarPods.

In addition to letting you make phone calls and listen to music, AirPods give you a new way to access Apple’s Siri virtual assistant: Just tap one of the earbuds twice.

I, for one, look goofy in them. My girlfriend thinks they’re a fashion faux pas. And I suspect that some people do a double-take when they see me wearing them on the streets of San Francisco, thinking, “Wait, something’s off, where are the wires…?” 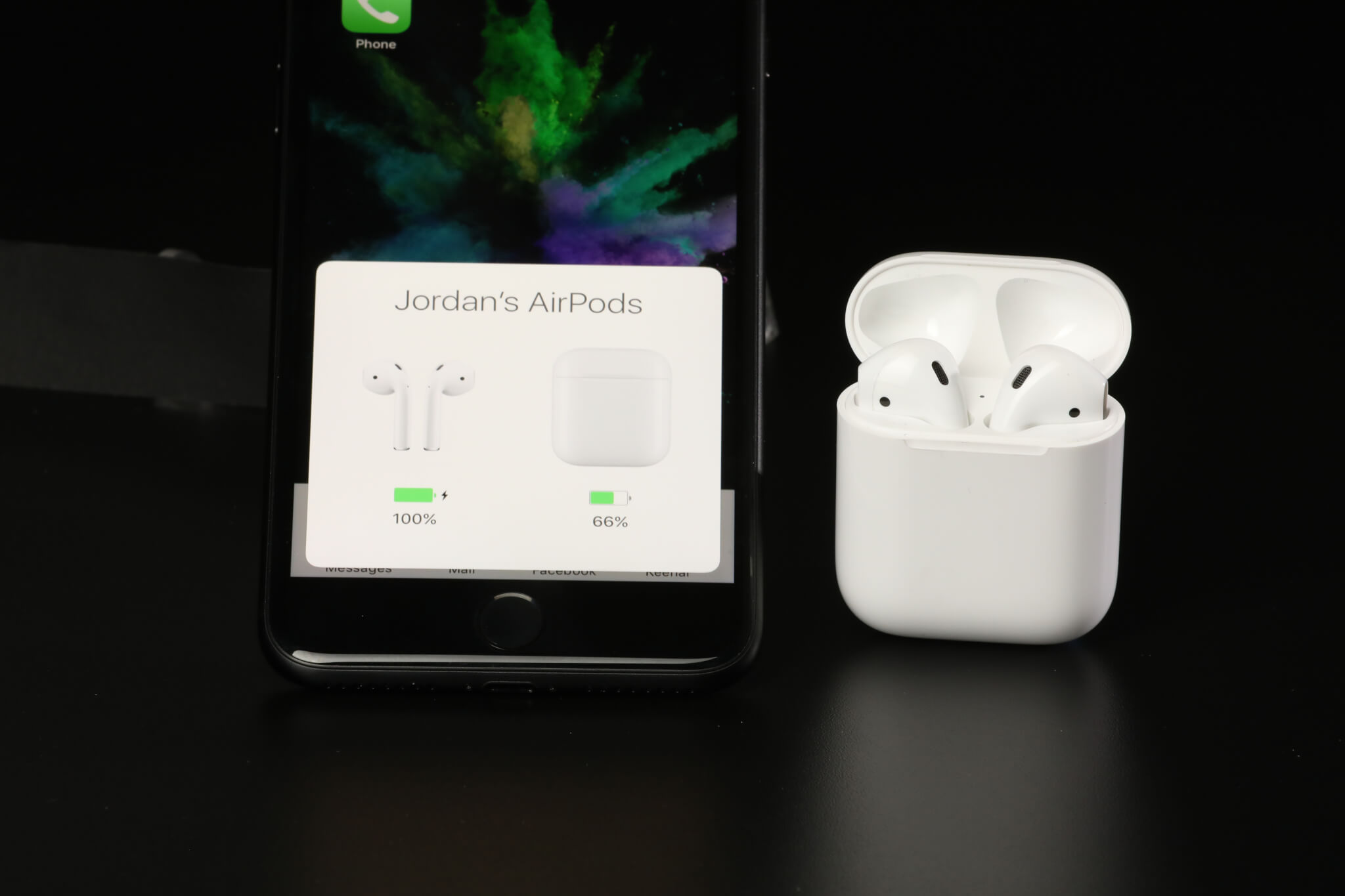 Above: AirPods in case and the box that pops up when the case is nearby to show remaining battery life.

But their wirelessness makes life easier in some ways. When you’re working on your desktop, you can just stand up without worrying about unplugging. When you’re walking, you can go upstairs without worrying about messing up the cable that’s plugged into your phone. And your hands have one less thing in which to get tangled. You can keep listening as you put on a shirt or take it off.

Are AirPods perfect? No, no. When I use my AirPods I keep a backup pair of wired EarPods nearby. You know why? AirPods eventually run out of battery life. It’s sort of like my comfy old noise-canceling Bose headphones — except AirPods don’t last as long.

Still, it’s a cool product. I love pushing open the charging case with my thumb, and I love the popping sound it makes when I close it. The stubby little case reminds me of the oldest iPhones and iPods — and I mean that in a good way.

And gosh, they’re comfortable — I can wear them for more than four hours straight. But your mileage may vary here, just like with other headphones and earphones. No two ears are alike.

They’re louder than many headphones I’ve used, and the sound quality is good enough.

AirPods typically last five hours, as advertised. But they can survive a lot longer if you don’t mind slipping them into their charging case when the internal batteries run out. (You’ll know when one of them stops working after making a few sad-sounding beeps.) I got up to 20 hours of usage after recharging them again and again using the case. (Apple promises up to 24 hours.)

But I do have my gripes with the AirPods.

While the pairing experience on the iPhone and the Mac is very good, it’s less reliable and functional, and more like a pair of regular Bluetooth headphones, on Android and Windows. There’s no way to see how much battery life is left on those operating systems, and you don’t have Siri. I’ve run into occasional pairing issues on Android Nougat or Windows 10 — the Bluetooth settings will say the AirPods are connected, but sometimes music won’t play. It can be frustrating. 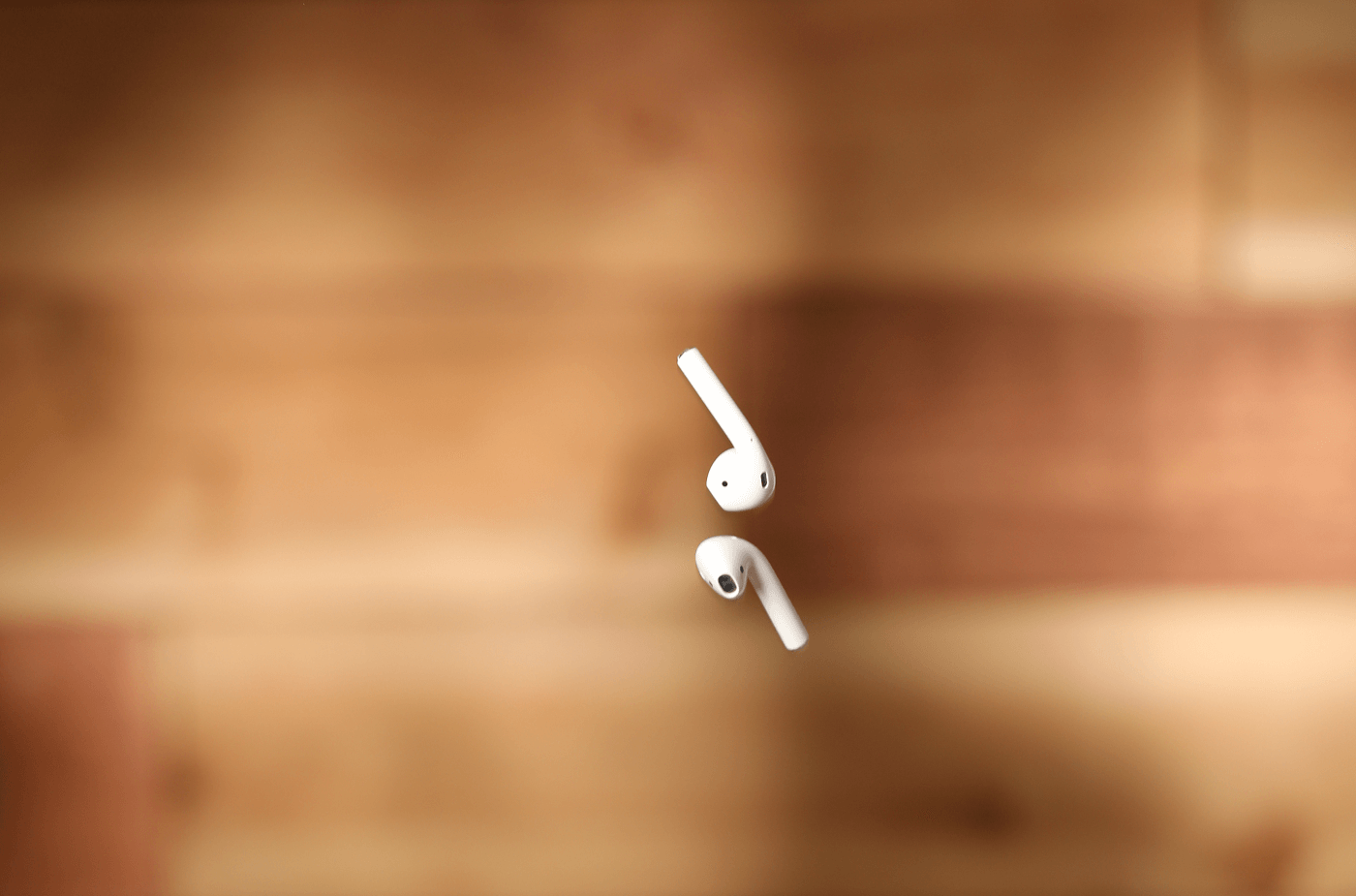 Above: AirPods in air.

When Siri is available, you can tell it to do certain things, which is good, but the delay for pausing or adjusting the volume is too long for me. I’d like to see Apple come up with a new way to do those things, just like on its traditional EarPods and other wired headphones. Also, Siri needs to take a hint from Amazon’s Alexa and start relying less on a paired display in order to provide a truly voice-first experience.

And although I like that music stops playing when you pull an AirPod out of your ear, I don’t like that this feature won’t work when the AirPods are paired to an Android device. Clearly iOS — and specifically the iPhone — is the optimal platform for AirPods.

At the bottom of the AirPod case is a Lightning port for charging. I wish a USB-C port would be there instead, in line with Apple’s latest MacBooks. Here again you see proof that AirPods are iOS-first.

Ultimately, if you think you want a pair of AirPods, you have one decision to make: Are you ready to set aside your wired headphones that work just fine?

If you have an iPhone 7, you may well find its missing headphone jack infuriating. If that’s the case, AirPods are worth trying, or even a no-brainer.

If you have an older iPhone, AirPods aren’t nearly as necessary, but you may still want them because of the great pairing experience, and Siri.

If you have an Android phone with or without a headphone jack, AirPods aren’t the best way to go wireless.

At $159, they’re not cheap. Plus they may make you look goofy, no matter what phone you use. Nevertheless, some people will be keen to buy them just because they’re the latest product Apple has come out with since the Watch in 2015.

For me personally, until Siri is smarter and the batteries last longer, I can’t help but think of the old saying, “If it ain’t broke, don’t fix it.” I’m sticking with EarPods.