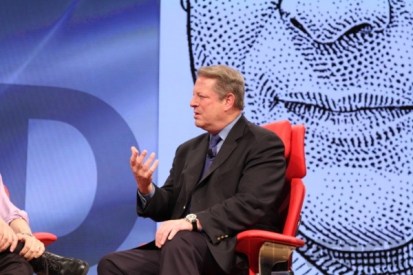 As AT&T continues to fight a legal battle with the Department of Justice to move forward with its ambitious T-Mobile takeover, former Vice President Al Gore expressed skepticism about the massive deal going through in its current form.

Speaking at the AsiaD conference in Hong Kong yesterday, Gore said that it’s rare for the DOJ to fight so strongly against a merger, reports This is my next.

“Well … it’s going to be reviewed,” Gore said. “My guess is that the Justice Department so rarely undertakes an initiative like the one they took against that merger. I think it’ll be hard to overturn that measure. Both companies will try to put it back together, but they’d be well advised to start looking at other strategies.”

It’s unclear what those other strategies could be, but it’s becoming increasingly evident that AT&T will have to make some concessions for the $39 billion deal. The FCC also backed the DOJ’s maneuver after remaining quiet about the takeover for months. It expressed concern that the merger will prove anti-competitive since it will reduce the number of wireless carrier choice for consumers.

Gore, who sits on Apple’s board of directors, also spoke briefly about the passing of Steve Jobs, reports AllThingsD. “There’s no one like Steve,” he said. “He’s the kind of guy that comes along once every 250 years. He was totally unique. So obviously his death is a terrible loss for the entire world. And we’ll all miss him. But his legacy lives on.”