TCL-owned Alcatel introduced the fourth-generation of its Android-powered Idol lineup today at Mobile World Congress 2016 in Barcelona, Spain. Consisting of the 5.2-inch Idol 4 and 5.5-inch Idol 4S, this generation will be the first to sport the company’s new simplified branding, dropping the word OneTouch and being marketed simply as Alcatel.

As we reported earlier this month, the Android Marshmallow-powered duo are both powered by octa core systems-on-a-chip from Qualcomm: the Snapdragon 617 for the Idol 4 and Snapdragon 652 for the 4S. The former handset utilizes a full HD IPS liquid crystal display, while the latter’s AMOLED screen features Alcatel’s first use of 1440 x 2560 QHD resolution.

In other key internal spec configurations, each device is endowed with 3GB of RAM, but the Idol 4S doubles the Idol 4’s storage capacity, stepping up from 16GB to 32GB. A microSD slot is built into each of the phones, as well.

Both devices are equipped with a dedicated “Boom Key,” which can perform different functions based on the app currently being used — and also call up the camera from standby. For instance, it can shuffle pictures to create collages in the Gallery; trigger various special effects when watching videos; enhance the bass and sound field when listening to music; and enable a faux-3D effect in the launcher, among other uses. 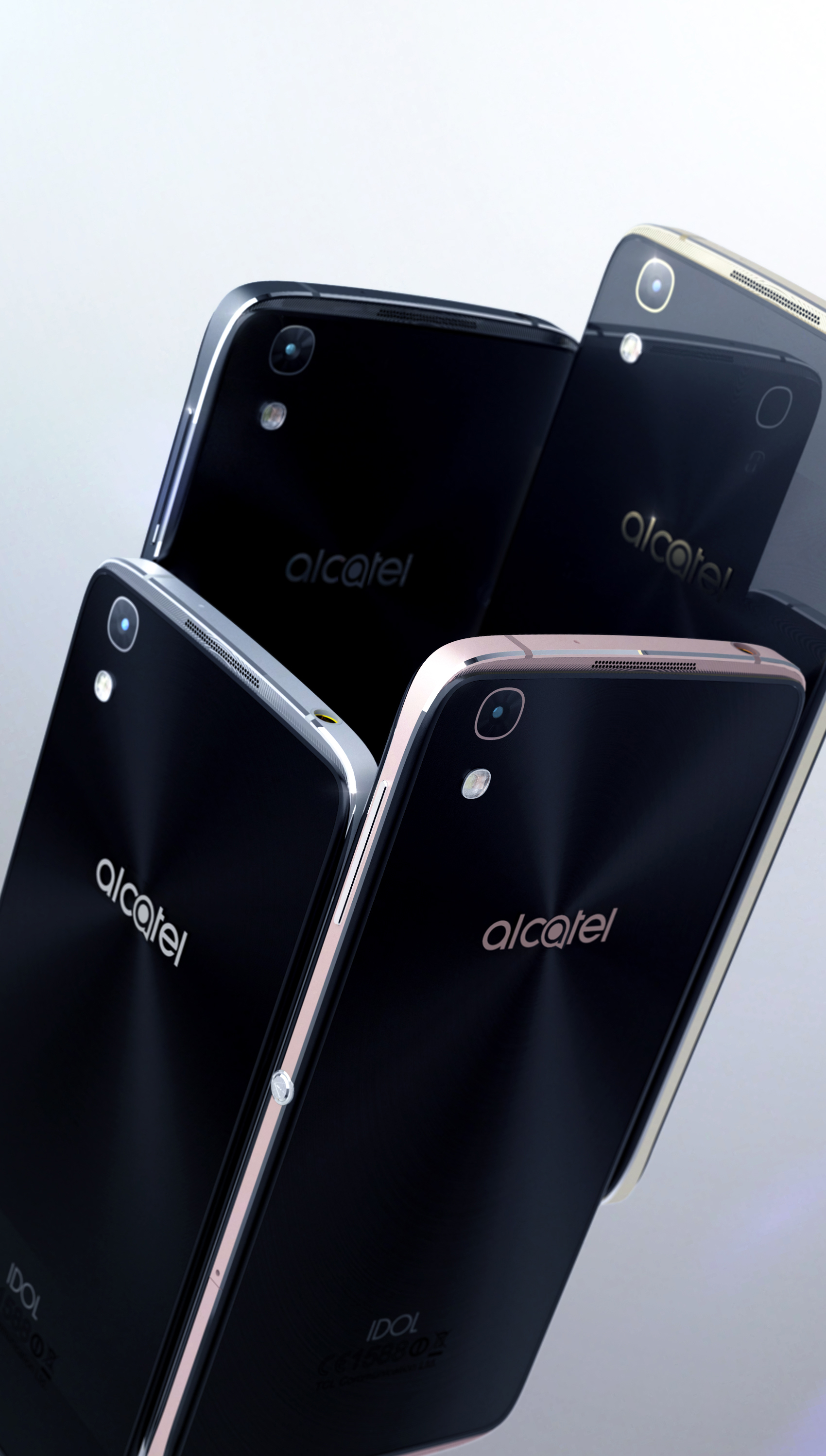 While both LTE-capable phones offer six-megapixel, front-facing selfie cams, the Idol 4S bests its little brother in both main camera still resolution (16 megapixel versus 13 megapixel) as well as video capture capabilities. While the Idol 4 maxes out at 1080p, 4S manages to record at full 4K footage — while also doing super-smooth 60fps frame rate capture when the resolution is dialed back to 1080p.

They should also be capable multimedia players, thanks in part to a pair of 3.6-watt stereo speakers, and bundled JBL headphones. Battery capacity is rated at 2610mAh for the Idol 4S and 3000mAh for the 4.

The glass-sandwiched, metal-clad Idols will ship in four colors: Gold, Dark Gray, Rose Gold, and Metal Silver, at $250 for the Idol 4 and $400 for the Idol 4S. But that extra $150 buys more than just spec bumps, with 4S being sold at retail in a hard plastic box that doubles as a Google Cardboard-compliant virtual reality headset.