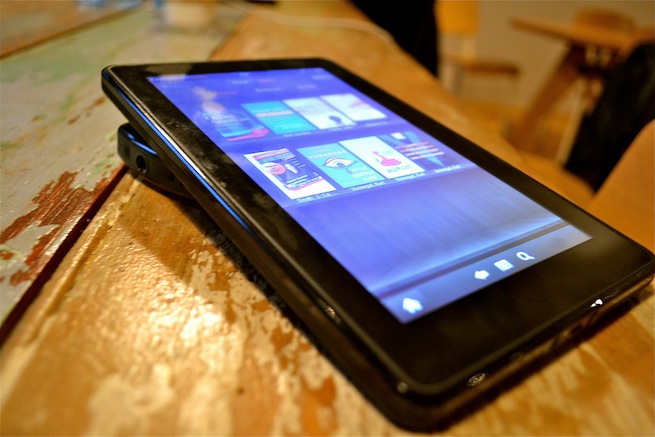 Amazon may be prepping two new tablets for its impending Kindle Fire revamp, both of which are said to have metal casing, instead of the traditional plastic.

Recently, it was reported that Amazon would release the Kindle Fire 2 on July 31 at $200. The tablet was originally released in November 2011, and is due for a revamp in the near future. But BGR reports that Amazon is actually prepping two new Kindle Fires — 10-inch and 7-inch models. These models, according to BGR’s source, will feature a metal casing, as opposed to the current plastic one.

Earlier reports suggest that the revamped tablet would have a camera and much request physical volume buttons. BGR believes that the 10-inch version will have a front-facing camera, but volume buttons have been left out of the details.

An international version of the Kindle fire is also rumored. Amazon announced earlier this month that the Amazon Appstore, where owners of the Android-based tablet can pick up apps, will be soon be available internationally. The Appstore serves both the Kindle Fire and the overall Android Market and will be opening in the U.K., France, Spain, Italy, and Germany this summer. More countries will follow soon after. The expansion leads many to think that an internationally sold Kindle Fire may not be far behind.

Amazon claims the Kindle Fire is the “bestselling, most gifted, and most wished for” product, though the company does release specific numbers. Executives will only say that it has sold “millions” of the device.