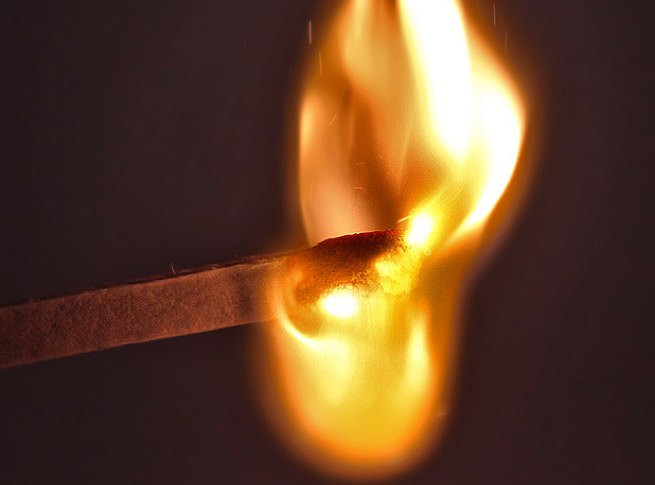 Thursday, Amazon will make a number of hardware and software announcements all with the same goal in mind: to convince consumers and the media that its Kindle Fire tablet is an elegant device that can go head-to-head with Google’s Nexus 7 and Apple’s iPad.

At a press event in Santa Monica tomorrow, Amazon will likely unveil a high-end 7-inch Kindle Fire device with a faster processor, a camera, and an HDMI port at a very competitive price point. 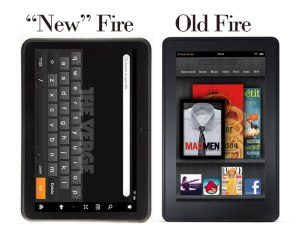 Above: Leaked Kindle Fire pic via The Verge; comparison image by Jolie O’Dell

The e-commerce juggernaut, according to rumors, may also debut an even more affordable 7-inch model with a slight RAM upgrade, a new interface, and a discounted price (possibly as low as $100) thanks to included special offers (a.k.a. advertisements).

The biggest weakness of the almost one-year-old Kindle Fire is that consumers perceive it to be a low-end tablet, Parks Associates mobile analyst Harry Wang told VentureBeat.

The price point of the tablet device, combined with touchscreen sensitivity issues, and a strategy focused on e-book and media sales may be sending the wrong message to shoppers.

“[Amazon’s business strategies] have created the impression that this is a piece of cheap hardware. It doesn’t give you all you want and it cannot be put on par with the iPad experience,” Wang said.

With the two new devices, the manufacturer will have an opportunity to keep bargain hunters happy and win over tablet device snobs alike. The latter category is the most important one for the company given that Apple expected to step on its toes with an 7-inch device of its own and Google’s Nexus 7 is getting rave reviews.

Amazon will need to dramatically improve the user experience on the Kindle Fire to change consumer perception, Wang said. He expects exactly that with a better touchscreen, a faster chip set (possibly made by Qualcomm), and software upgrades. He even thinks we’ll sees a mobile network-enabled version for anywhere media consumption.

Despite the recent rumors to the contrary, Wang still anticipates a Kindle Fire with a larger screen, between 8.5 inches and 8.9 inches, though he said this device could be announced at a later date.

Wang believes that a larger device is in the works for a number of reasons, but primarily to compete with Apple. Amazon has been laying the groundwork for a device optimized for video consumption. The company has made a number of improvements to its Prime Instant video streaming service and today announced a licensing deal with Epix. Wang is looking for even more content partnerships to be announced tomorrow.

“I think for Kindle Fire to compete aggressively and effectively with iPad … [Amazon] will have to come up with a better tablet with a larger screen,” Wang said. “They’re adding more and more content to their media library, and they’re trying to get people to enjoy more of that type of content on the Kindle Fire. From that perspective, as a user and an analyst, the small screen experience for video consumption is not enough.”

Wang also said a larger screen would help Amazon fix some of the touchscreen sensitivity issues of the first-generation Kindle Fire.

Size upgrade or not, Amazon does need to address the delayed responsiveness of its Kindle Fire touchscreen. The company will likely do so through a combination of software and hardware improvements. Amazon initially fielded complaints in this area and quickly pushed out a firmware update to fix the problems.

“Based on my experience, [touchscreen sensitivity] is a little better, but it is not a significant improvement,” Wang said.

Should Amazon fix Fire’s issues and deliver a device that sheds the “cheap” perception, the company will be positioned to capitalize on the upcoming holiday shopping season. Amazon already has the distribution channels to outsell Google, but a high-end Fire could help it compete directly with the iPad Mini in the style arena.