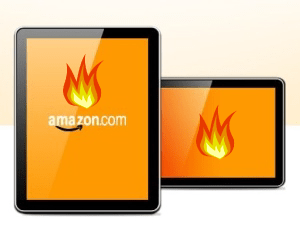 Amazon will announce its new Kindle tablet device at a special press conference Wednesday, according to a report from TechCrunch.

The tablet, which is reportedly dubbed the “Kindle Fire” to differentiate itself from the company’s e-ink e-book reader tablet, is rumored to run a heavily modified version of Android and will retail for $250. At that price point, the seven-inch Kindle Fire could be a big competitor against Apple’s iPad and various Android tablets already in the market.

As for the hardware, the tablet will have a seven-inch backlit display that’s very similar to BlackBerry PlayBook because it was built by the same manufacturer —  Quanta, reports Gdgt’s Ryan Block.

Although it will apparently make an appearance at the press conference, the Kindle Fire won’t be available to consumers until the second week of November, according to TechCrunch’s report.

The timing of Amazon’s announcement might have something to do with competition from Barnes and Nobel, which is also allegedly scheduled to announce a new Nook Color tablet that will also retail for $250.

Amazon has made several moves recently that suggest it will announce a Kindle tablet. In August, the company started rolling out a new design for its website that was optimized for tablet viewing. Also, the company launched its 14-day e-book sharing library lending feature.