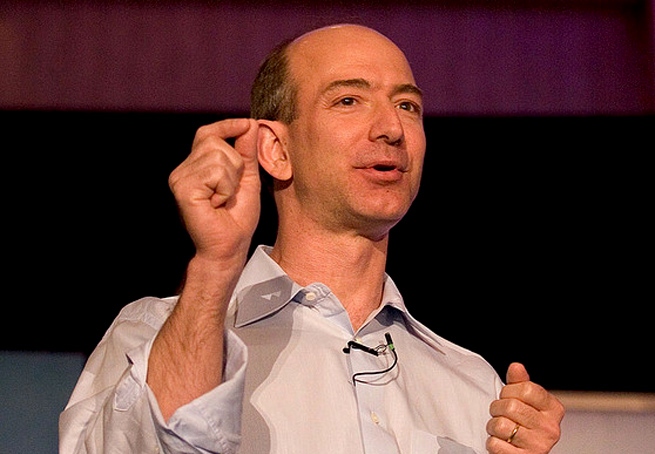 While the Kindle Fire only had to worry about Barnes & Noble and a few Android tablet manufacturers, the 7-inch tablet game has changed with the release of Google’s Nexus 7 tablet. The Nexus 7 has generated such demand that the 16GB model has sold out online. But Amazon’s momentum could roar back with a set of more powerful tablets, including the heavily rumored Kindle Fire 2 and a 10-inch model designed to take on Apple’s iPad.

Staples’ Parneros said that “five or six” new tablet SKUs (stock-keeping units) are on the way, but we assume those aren’t all distinctly different models. We’d bet Amazon has two or three new offerings with different storage capacities. The 10-inch model could be a particularly interesting development, especially if it can keep the price less than the $400 iPad 2.

Amazon’s push with more tablets shows the company doubling down on the idea of selling tablets for cheap and then pushing people to buy content. CEO Jeff Bezos (pictured) has bet that the company can recoup on small tablet losses because people will want to buy Prime subscriptions, apps, movies, TV, and music for their tablets.

We expect Amazon to announce its new tablet offerings in the next few weeks. Will you be buying?