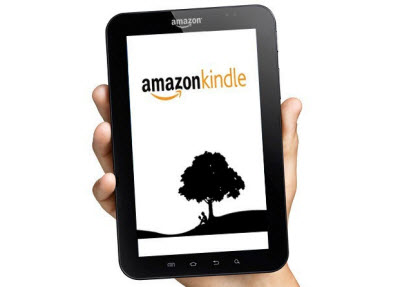 Based on rumors floated from suppliers, Amazon is expected to launch a new tablet computer later this year.

DigiTimes reported that Taiwanese notebook computer maker Quanta Computer has received orders from Amazon to build its new tablet PC. If it’s true, then Amazon will make its bid to compete in the tablet market free-for-all.

The device will use the same kind of electrophoretic display from E Ink Holdings as the company’s existing Kindle eBook readers. It will also use a touchscreen panel display and Fringe Field Switching technology.

Amazon hasn’t commented on the rumors.

During the peak season, DigiTimes said that orders are expected to reach about 700,000 to 800,000 units per month. Quanta is expected to start shipping as soon as the second half of 2011, generating as much as $3.5 billion in additional revenue for Quanta. Quanta also declined comment.

Quanta currently makes tablets for RIM and Sony, and it is reportedly in talks with Lenovo. While the Kindle is still selling strong, the eBook reader isn’t reaching the customers who want a full-fledged tablet computer that rivals the iPad 2.