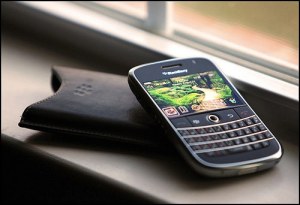 Research in Motion, the mobile device company in desperate need of a hit, apparently shunned the summer acquisition advances of e-commerce and hardware behemoth Amazon.

Amazon, a lovely suitor if ever there was one, went so far as to hire an investment bank to advise on a potential deal, but it did not make a formal offer, Reuters is reporting. The reason? RIM just wasn’t that into them.

RIM, said people familiar with the matter, would prefer to have co-captains Mike Lazaridis and Jim Balsillie continue to man the helm and right the course of what appears to be a ship with a broken compass. The BlackBerry-maker is said to have also rejected advances from companies other than Amazon, and is not open to a sale or break-up of the company. AllThingsD is reporting that Microsoft and Nokia have toyed with the idea of a joint RIM take over.

“They have had approaches from folks who have wanted to have discussions,” a Wall Street banker told Reuters. “The issue is it is hard to find a value that makes sense with a falling knife.”

So RIM is in it to win it. Okay, that’s noble, and it’s a rally-time strategy we could get behind if the company would stop fumbling the ball. The PlayBook tablet has performed atrociously, for instance, and we learned last week that the release of BlackBerry 10 devices, RIM’s only real hail-mary opportunity, was pushed back. Now the new phones won’t see the light of day until late 2012 — an entire year away. Chances are we’ll see a new iPhone before then.

Things could get a lot worse before they get better. RIM reported profits of $265 million on $5.2 billion in revenue in the third quarter of 2011. For some perspective, that’s down $911 million from a year ago. And the co-CEO even admitted, “It may take some time to realize the benefits of these efforts and the platform transition that we are undertaking.”