Not to be outdone by the AmazonBasics Microwave and Echo Wall Clock it announced last year, Amazon at a press conference this morning unveiled the Alexa Glow, an Alexa companion device with a multicolor LED.

Tapping it cycles through colors, predictably. And customers can ask Alexa to kick off scenes like a flickering campfire light, a sleep timer that gradually dims as bedtime nears, a cascade of colors or a favorite color, or (in the near future) a dance party with music and lights.

Echo Glow available for preorder today, starting at $29, and it’ll ship before the holidays. 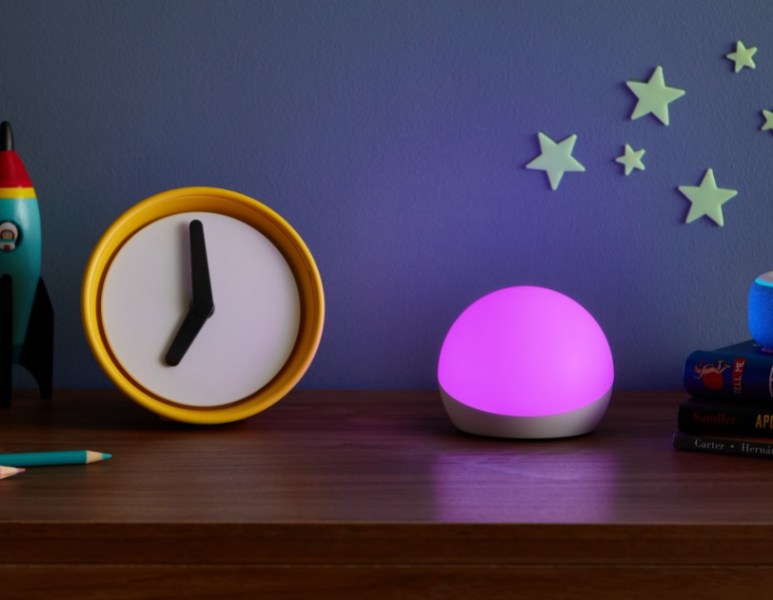 The Echo Flex — a diminutive Echo speaker designed to plug into wall outlets — also made its debut today. (Amazon says it’s optimized for Alexa’s voice as opposed to music, say.) The included USB charging port can be used to power accessories, including motion sensors and smart nightlights. 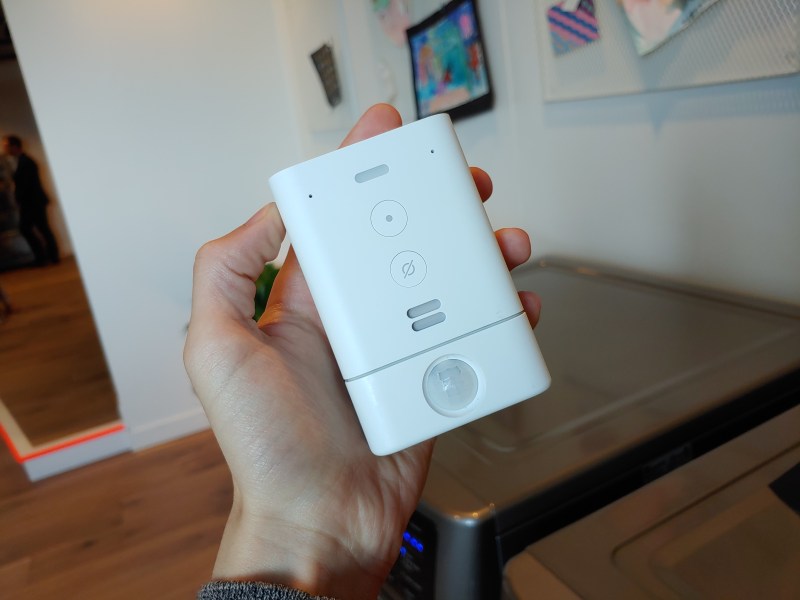 An early interface API has been available to select developers in advance of today’s announcement, and the Echo Flex is available for pre-order starting today for $24.99. Accessories will be $14.99 each.

Alongside the Flex and Glow, Amazon announced the Certified for Humans, a new program that identifies “struggle-free, tinker-free, and stress-free” lights, plugs, and small appliances. It builds on Amazon’s Frustration Free Setup program launched last year, which stores user’s Wi-Fi details to share them with compatible smart home devices.

To earn a Certified for Humans designation, devices must pass muster with a committee of non-experts. They have to meet roughly a dozen other requirements besides, including support for over-the-air background updates and setup through the Alexa app. 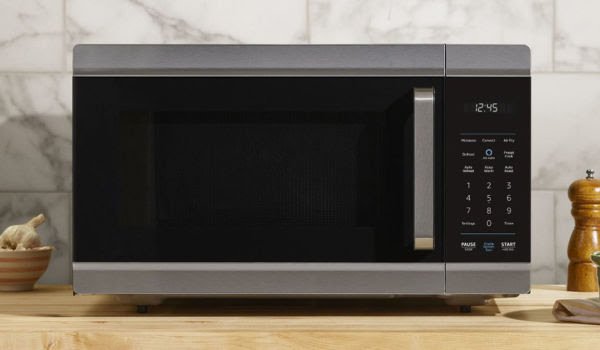 Last but not least, Amazon announced the Smart Oven, a combination air fryer and convection oven imbued with AI smarts. It’ll let you know when to stir food and alert you when said food’s cooked, and its Scan to Cook feature works in tandem with the Alexa App and Echo Show to let you scan prepackaged foods from stores like Whole Foods and kick off prep.

Amazon made available an Alexa Gadgets Toolkit in September 2017, alongside the launch of new smart speakers, the Echo Connect, Buttons, and more. It ships with self-service APIs and “gadget interfaces” that enable developers to tap into wake word detection, speech, notifications, timers, alarms, reminders, and over-the-air updates, in addition to other Echo services and software features.

August saw the launch of Custom Interfaces — a part of the Gadgets Toolkit — which offers developers and device manufacturers a way to more tightly connect gadgets with Alexa and Echo smart speakers. While the Gadgets Toolkit can manipulate devices to do things based on an Alexa timer or music — like this twerking teddy bear — Custom Interfaces can go even deeper, with exchanges tied to custom Alexa skills. For example, they can trigger a sound effect every time you score a basket with a toy hoop on the wall, or give music lessons with Alexa when they’re connected to a piano keyboard.

More recently, Amazon rolled out the MusicData Interface, which enables developers to build Bluetooth-equipped devices that respond to tracks from Amazon Music playing on an Echo speaker. It’s also a part of the Alexa Gadgets Toolkit, and it joined the other available components in the Alexa Gadgets Toolkit, like the SpeechData Interface (which wirelessly beams Speechmarks Directives containing mouth positions corresponding to spoken sounds to motors) and the StateListener Interface (which sends StateUpdate Directives that cause target gadgets to react when they “hear” a wake word).