Amazon has announced a new upgraded Kindle Paperwhite e-reader today, one that sports the same high-resolution display as the Kindle Voyage, but comes in at $80 less. 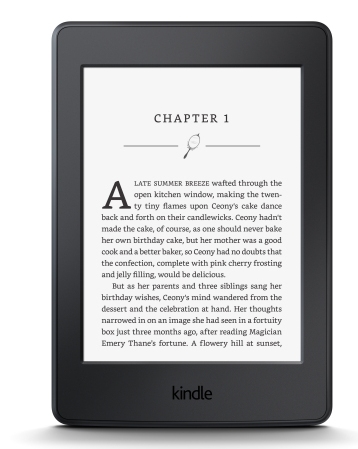 At $119, the new 300 pixels-per-inch (ppi) Kindle Paperwhite matches the price of the previous Paperwhite iteration, which only had a 212 ppi screen. But given that this new version undercuts the classier Kindle Voyage, which costs $199, is there any reason still to opt for the Voyage over the Paperwhite?

With displays that are now of equal resolution, the only trump card the Voyage has over the Paperwhite is its glass screen and buttons for turning the pages. We previously argued that the Voyage wasn’t worth the $199 asking price, and with this latest move, there’s now even less reason to choose it.

Back in April, Canada-based e-reader company Kobo launched its very own Kindle Voyage challenger. The Kobo Glo HD also promised a 300 ppi screen, but only cost $130. Amazon has taken note, it seems, and now offers more or less the same proposition but for $10 less.

It’s also worth noting here that the latest Paperwhite e-reader comes replete with the new Bookerly font and layout, which debuted back in May, designed to ease the strain on your eyes.

The upgraded Amazon Kindle Paperwhite is open for preorders now, but won’t start shipping until June 30.