Chip maker Advanced Micro Devices posted mixed results for the second quarter, as it hit earnings expectations on earnings but missed on revenues.

The Sunnyvale, California-based company reported a loss of 17 cents per share on revenues of $942 million for the quarter ending June 30. AMD’s financials are closely watched as a barometer of the PC business, since it is a major supplier of graphics chips and processors for PCs. 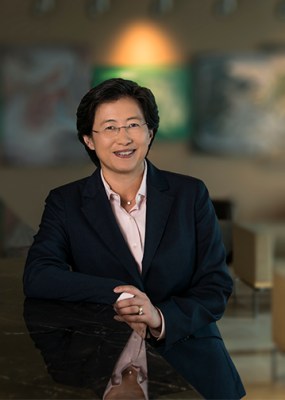 Analysts expected AMD to report earnings per share of 16 cents on revenues of $956 million. AMD had previously guided expectations downward earlier in the quarter. A year ago, AMD reported a profit of 5 cents a share on revenue of $1.44 billion. In after-hours trading, AMD stock is up 2 percent.

“Strong sequential revenue growth in our EESC (enterprise, embedded, and semi-custom) segment and channel business was not enough to offset near-term challenges in our PC processor business due to lower than expected consumer demand that impacted sales to OEMs (original equipment manufacturers),” said Lisa Su, AMD president and CEO, in a statement. “We continue to execute our long-term strategy while we navigate the current market environment. Our focus is on developing leadership computing and graphics products capable of driving profitable share growth across our target markets.”

Gartner predicts that PC shipments will fall about 4.5 percent in 2015. But it noted that in the second quarter, shipments fell 9.5 percent to 68.4 million units, the steepest decline since the third quarter of 2013. The market players hope that hesitation before the adoption of Windows 10, Microsoft’s new operating system that debuts on July 29, may be the reason.

In the semi-custom segment, AMD makes chips for video game consoles such as the Nintendo Wii U, Microsoft Xbox One, and Sony PlayStation 4 consoles. That segment did reasonably well, up 13 percent from the previous quarter but down 8 percent from a year ago.

But AMD’s core business of processors and graphics chips fell 29 percent from the previous quarter and 54 percent from a year ago. AMD said it had decreased sales to manufacturers of laptop computers.

Mizuho Equity Research’s Vijay Rakesh said in an interview this week with Barron’s that he believes that AMD is still in play as a “takeover target.” AMD has declined to comment in the past on those possibilities. AMD’s market value on the stock market is just $1.5 billion today, compared to about $3.2 billion at the beginning of March.

In the previous first quarter, AMD reported a loss of nine cents per share on revenues of $1.03 billion for the quarter ending March 31. AMD previously said it would exit its dense server systems business, formerly SeaMicro, as part of the strategy to “simplify and sharpen the company’s investment focus.”

For the third quarter, AMD expects revenue to increase 6 percent, plus or minus 3 percent, sequentially.