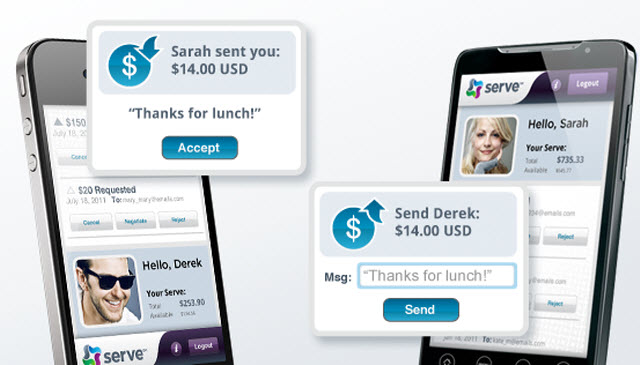 The deal will give American Express a high-profile partner that can help it move from the age of credit cards to the age of digital payments. With Serve, users will be able to “spend, send and swipe — online, offline, and mobile.” People can use Serve to use their phones to pay for lunch (pictured above) or buy virtual goods in online games.

Announced in March, Serve is American Express’s way to compete with digital payment companies such as PayPal, Boku, eBay-Zong and Visa (the latter bought PlaySpan for $190 million in February). The agreement is Serve’s first relationship with a mobile carrier and it will enable Sprint to offer convenient payment methods for its mobile customers.

“We believe that customers will benefit greatly from taking advantage of Serve’s functionality as a quick, user-friendly way for tackling the often tedious task of paying bills and making mobile payments.” said Dan Schulman, group president of enterprise and growth at American Express. 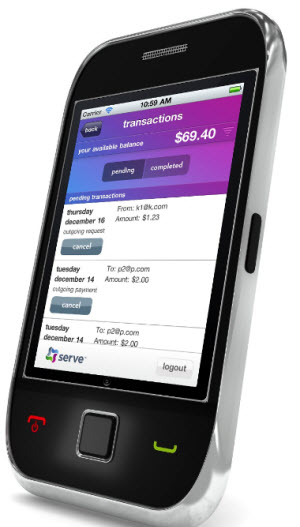 This summer, Serve’s mobile wallet app will be made available in the Sprint Zone mobile store(which is an icon on a Sprint smartphone’s deck) to Sprint customers with select Android phones.

Sprint customers who register and qualify for a Serve account will be able to use their Serve card for making purchases at American Express participating merchants, paying their  Sprint mobile bill, and in the future, for redeeming offers on goods and services. The hope is that Serve will put American Express and Sprint in sync with the buying habits of a new generation. Serve supports Android, Apple iOS, Microsoft operating systems and Research in Motion.

Sprint Nextel is the nation’s third-largest mobile carrier with more than 51 million customers.

At some point, user can use their Serve account to send and receive money to friends, pay bills and make purchases online. The account comes with a reloadable Serve prepaid card that you can use at any merchant or automated teller machine that accepts American Express cards.

In contrast to debit cards, Serve lets you create sub-accounts, for spouses or children. That allows parents to set allowances for children or others in the family. Parents can specify what the money can be spent for, such as allowing cash withdrawals or limiting spending to merchant transactions only. Parents can also receive reports back on how their children spent the money. The same accounts could be used for small businesses, such as authorizing sub accounts for delivery drivers who incur expenses on the go.

Users can make donations to those charities via a donations widget that can be downloaded from Serve.com or its Facebook site. That widget can be shared on other web sites to solicit donations. American Express will match contributions via the widget, up to $100,000 for each charity. After a six-month free period ends, American Express will charge 30 cents per spending transaction and a 2.9 percent fee for each transaction where a user transfers money into a Serve account. The first ATM transaction in a given month is free, but subsequent transactions cost $2 each.