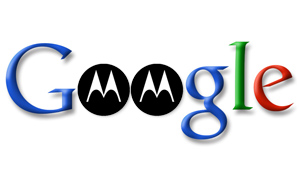 Among the clamor of Monday’s news that Google would be acquiring Motorola Mobility for $12.5 billion was the tidbit that if the deal did not get approved by regulators, Google would pay an exorbitant $2.5 billion to Motorola.

After researching the data, patent expert and analyst Florian Mueller of FOSS Patents said the break-up fee is likely the “highest-ever break-up fee agreed upon in this industry” and it shows Motorola’s “concern” the deal won’t go through. Bloomberg’s initial report indicates Google’s fee amounts to 20 percent of the total transaction, compared with the 4.2 percent median since last year with similar deals.

“I listened to the executives on today’s conference call on the deal and they exuded confidence,” Meuller wrote in a blog post late Monday. “But if they were really so sure that regulatory approval is a slam dunk, there wouldn’t be a break-up fee that is completely out of the ordinary. Money speaks louder than words in a case like this.”

Mueller thinks the most likely reason a deal would not be approved by antitrust regulators is that Google’s search business revenues could subsidize Motorola’s hardware, which would then undercut other Android players like HTC and Samsung. He wrote:

Right now the most logical type of antitrust concern I see is that the proposed acquisition would exacerbate existing concerns over Google’s treatment of device makers. Google is known to act very heavy-handedly and to restrict the choices those device makers have with respect to product differentiation and innovation. But post-acquisition we’d be talking about a fundamentally worse problem: Google could use revenues from its dominant search business to subsidize MMI and, as a result, undercut other handset makers. That kind of outcome would be a nightmare from a competition law point of view because it would distort competition in two markets at the same time.

Mueller also asserts in the post that Motorola’s patent portfolio may not be as strong as most people think. He bases this on the major ongoing legal cases Motorola has with Apple and Microsoft, which have yet to be settled. “At this stage, Motorola has certainly fired its best shots, and those aren’t really impressive,” Mueller wrote.

If Motorola’s patents aren’t all that awesome, it makes you wonder the real reason Google wants Motorola. Mueller thinks it is about Google “maximizing its control over Android.” That’s a scary notion for other Android partners.

I said before — and I repeat myself — that there’s simply no way that other Android device makers would be able to compete on a level playing field with a wholly-owned Google subsidiary named Motorola Mobility. Google has already treated device makers differently, with some getting “private branches” of the code in advance. The idea of an artificial Chinese Wall put up inside Google is unrealistic. As opposed to being protected, for which MMI’s patents appear to be too weak, those other Android device makers are going to become second-class citizens.

Of course, Mueller is speculating and does not have firsthand knowledge of what Google plans to do with Motorola. This could still be mostly about the patents. Even if Motorola’s portfolio isn’t astounding, it’s at least a starting point for Google to defend Android. Google may also be looking to spend its cash on more patents portfolios to create a large sheild against Microsoft, Apple, RIM, and any other company trying to stand in its way of Android being the dominant smartphone OS.

What do you think of the Google-Motorola deal? Do you think the outcome will be a positive one for Android?