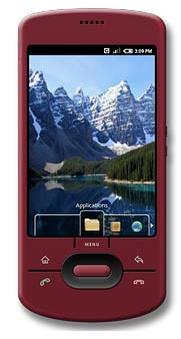 An analyst firm, J. Gold Associates, is speculating that Google’s mobile operating system, Android, and Nokia’s mobile operating system, Symbian, will merge in three to six months. The thinking goes that the move would free Google up to focus on compelling and potentially profitable mobile applications, prove that Symbian is more than a Nokia publicity ploy, reduce the number of platforms that developers would need to build for, and promote a standard user interface across phones.

The stakes are growing in the mobile arena. Other analysts expect the mobile web advertising market to more than double each year over the next several years. Application developers seeking to exploit the opportunity are busy exploring what operating system to write to.

Symbian representatives have said they’d be “happy” to work with Google on mobile initiatives, although it’s not clear what that specifically means.

Meanwhile, Android has yet to launch, and some once-excited third-party developers are losing enthusiasm. Symbian has been live since 1998; more than 200 million Symbian devices have been sold in total, 77 million of which were sold last year. Android is built using Linux. The two systems have very different application programming interfaces. The list of potential roadblocks goes on.

Sure, Nokia bought what ownership it didn’t already have in Symbian, and just announced that it would be open-source. But that seemed like a move to counter Android, and other rivals, like Apple’s iPhone software developer kit.

But that’s the thing. Nokia’s own efforts to open-source Symbian through a nonprofit foundation are also still incomplete. From Ars Technica:

[Symbian vice president of strategy John M. Forsyth] admits that the Symbian foundation doesn’t entirely know what it is doing yet and says that they are looking to the community for advice on how to proceed. The lack of details, he says, is not a consequence of secrecy but instead reflects the fact that planning is still in an early stage. “We are not hiding anything when we talk about the plan for Symbian,” he said. “It is pretty much as it looks.”

Forsyth was also quoted as saying that the culture of Symbian developers is “intractably bound to its proprietary roots” and needs to be fundamentally redefined around open source practices.

In sum, this is an interesting idea but without further explanation about how this merger would work in practice, we’re not holding our breath.