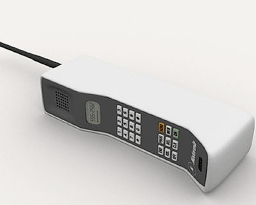 On one hand, you have to admire the tenacity of the Wall Street analysts who lay out markets that Apple should be in, and products they should make.

Theoretically, at least, analysts at top investment firms provide “quality, trusted” insights needed by investors to decide what stocks to invest in. When they speak, you want to take note.

On the other, you have to wonder why they keep suggesting things that Apple is never going to do, and why people keep listening to them afterall.

Today, we have Bernstein Research analyst Toni Sacconaghi suggesting that Apple needs to get into the business of offering iPhones without data plans, as Digital Daily details. So basically, you would have an iPhone with only the ability to make calls — what a revolutionary new product!

Or, you would have an iPod touch with an expensive monthly fee (for just making calls) — awesome! Sacconaghi has managed to negate the point and appeal of the iPhone with one suggestion. Impressive.

He uses this suggestion to outline why Apple should make new form-factors for the device — yes, including the “iPhone nano” (which Apple doesn’t seem to want to do) — to offer in other markets where data plans are not popular. He believes this could add $7 billion in revenues and $4 billion to Apple’s gross profits annually. But his suggestion brushes aside some things we know about Apple.

First, there are quite a few steps Apple could take to rake in a lot more money than it does — like making netbooks, for example — but it doesn’t do it because it doesn’t think it can without compromising the Apple experience and quality. Apple chief executive Steve Jobs himself has made this clear time and time again. That’s not to say Apple will never do a netbook or something comparable — but if they do it, it will be on its own terms and in its own way.

Second, why would Apple want to make a phone stripped of all its interesting features? What makes the iPhone great is not the phone part, it’s the Internet connectivity paired up with the applications and cool technology like like multi-touch. Sacconaghi also dreams up an “iPhone touch” device which would still allow such functions through the use of Wi-Fi, but that would essentially just be adding one expensive feature (a monthly calling plan) to the current iPod touch and/or removing a less expensive feature (the monthly data plan) from the current iPhone.

Apple does not need to be in between these devices. Sacconaghi says the market for stand-alone music players like the iPod will start to shrink soon — which I absolutely think is true — but he brushes aside the very real possibility of VoIP or other technologies (white space, etc) opening up non-cellular devices to making calls. Or that data plans could eventually just be standard in all mobile plans (perhaps due to pressure from users making calls over the Internet).

Basically, Sacconaghi wants Apple to conform to the way the market and the industry currently is. That’s not what makes Apple Apple. Had it done that to begin with, we would not have an iPhone right now. I don’t think Apple necessarily wants to be the biggest cellphone maker in the world, I think it wants to be the best cellphone maker in the world.

So while there may be billions out there to be made in these in-between or transitional markets, Apple will do better by continuing to chart its own path, and inspiring others to follow.