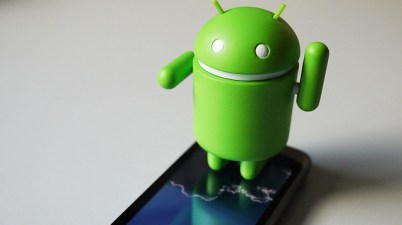 Additionally, over 11 billion apps have been downloaded from the Android Market.

Apple announced in October that over 250 million iOS devices were sold (including iPads and the iPod Touch), which means that Android has basically caught up with Apple’s two-year head start in the smartphone market. Google added 50 million new Android devices since its last earnings report in October.

Page noted that 3.7 million Android devices were activated over the Christmas holiday weekend.

Android is also quickly catching up to Apple in terms of app downloads. In October, Apple revealed its users downloaded over 18 billion apps, and by now it’s probably very close to 20 billion. It’d be interesting to know the breakdown between paid and free Android apps, as Google’s platform is known for not being as lucrative for paid apps compared to iOS.