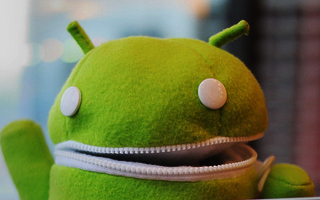 Hundreds of thousands of apps populate the Android Market, but only a tiny percentage of them account for the vast majority of users’ in-app time.

The 10 most popular Android apps capture 43 percent of all the time spent by Android consumers on mobile apps, according to new data released today from market researcher Nielsen. When broadening that sample to the top 50 Android apps, Nielsen found that group of applications accounted for 61 percent of all time spent.

“With more than 250,000 Android apps available at the time of this writing, that means the remaining 249,950-plus apps have to compete for the remaining 39 percent of the pie,” wrote Don Kellogg, Nielsen’s director of telecom research and insights.

Also in Nielsen’s findings was this factoid: Most Android mobile users spend just about one hour each day using apps and mobile web browsers. Of that hour, around 67 percent of time is spent in applications, and 33 percent is spent browsing the web.

Nielsen has been tracking Android phone usage in a new way. Rather than relying on user-reported survey data, the firm is metering media usage on individuals’ phones the same way it does with individuals’ and families’ televisions. All this is done with the individual’s permission, of course. Called Nielsen Smartphone Analytics, the new meters and methods give an interesting and accurate picture of actual iOS and Android and app usage.