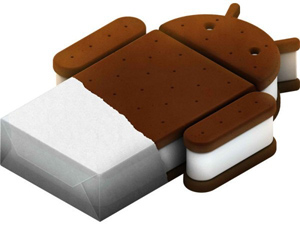 One lucky eBay buyer got to preview the new version of Google Android a little early when he bought a Samsung Nexus S preloaded with Ice Cream Sandwich. The buyer then sent a 2-minute video demo to Engadget.

We first saw some tasty photos of the next version of Android floating around the web in mid-August. The OS seen in the video looks a lot like what we saw in those photos, so it appears to be the genuine article. Verizon Wireless will reportedly be the first carrier with a phone running Ice Cream Sandwich when it launches Samsung’s upcoming Droid Prime in October.

Ice Cream Sandwich appears to take cues from both Honeycomb and Gingerbread. It uses a blue color instead of green on notifications and icons, has a Honeycomb-like multitasking menu and a revamped notification bar and camera interface.

Sadly, the tipster who took the video claims his new Nexus S was remotely locked and wiped after the video appeared online, so now there’s no way to double-check the unit’s authenticity. Still, it’s fun to see what Google may have up its sleeve.

The full Ice Cream Sandwich demo video can be viewed below: