Google today released new statistics about adoption of different versions of its Android mobile operating system. They show that Android 7.0 Nougat, which was first released in September, is now running on 0.4 percent of Android devices.

The percentage is certainly small, but the base is large. Android has more than a billion active users. What that means is Android Nougat could be running on more than 4 million devices.

That’s up from 0.3 percent, or presumably more than 3 million devices, as of early November. 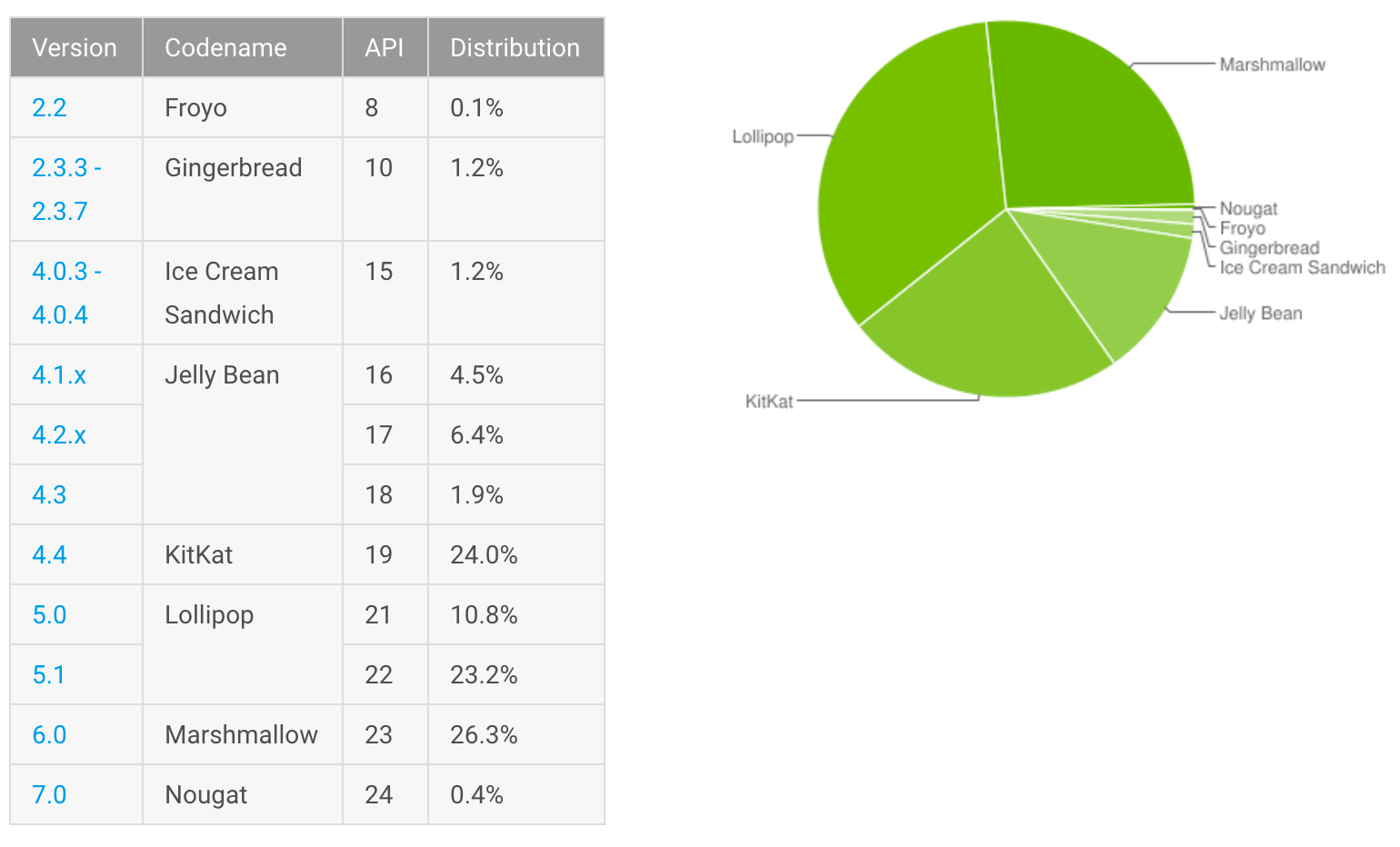 Above: Android adoption as of December 5.

But as usual, Google’s latest mobile operating system is not nearly as widely adopted as Apple’s. As of November 27, around 63 percent of iOS devices are running iOS 10, according to Apple’s data.

Here are the changes in Android adoption from November to December, as per Google’s Platform Versions data:

The Android adoption order now stands as: Lollipop in first place, Marshmallow in second (that’s new!), KitKat in third, Jelly Bean in fourth, Gingerbread and ICS tied for fifth, Nougat in sixth, and Froyo in last. It’s reasonable to expect Marshmallow to become the most popular version next year. As for Nougat, it will become No. 1 later.