Google’s much anticipated Android mobile phone operating system, due to launch within the next few weeks, may actually be much more than a mobile OS. Industry sources tell us that although Android will indeed start as a mobile OS, Google intends to expand it to be a sort of universal operating system that will span set-top boxes for televisions, mp3 players and other communication and media devices and services.

Rumors about this plan have actually been circulating since last year. Google “chief internet evangelist” and Internet co-creator Vint Cerf hinted at Google’s larger focus during a talk on innovation journalism that we attended in 2006, before Android existed:

In an internet enabled world, there is no reason that a projector could not be online and downloading images, maybe using the Blackberry as a control device. Surrounded by networked equipment that is reachable anywhere, devices harnessed on a temporary basis to do something for you and then released. I am predicting that during this decade, we will see more systems interacting with other systems like this…. 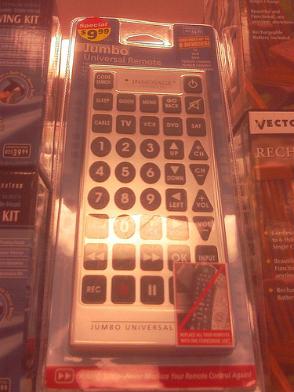 Another clue that Google’ has bigger things in store for Android: Android creator Andy Rubin was working on a digital camera before he started Android; co-worker Rich Miner convinced him to go to mobile in order to make money. Android is built on Linux, the open source software that’s already used in other desktop and mobile operating systems. This allows it to be easily repurposed for devices besides phones.

This is where some of Google’s other initiatives could come in, one source speculates. If the wider-ranging operating system is really what Google is doing with Android, well, the App Engine, Google’s web hosting and support service for developers, wouldn’t just be about helping web developers, it would provide services for Android developers. And, Google is also constantly improving the artificial intelligence capacity of its search engine, its spam filtering in Gmail, and a range of other services — Google is creating a supercomputer, driven by artificial intelligence. Through Android, it could let these developers build applications that use its brain. What’s more, this could explain why Google has been experimenting with free WiFi in Mountain View (which is pretty great, by the way), and with other wireless transmission experiments. It wants to create an ecosystem that relies on communication between any two devices. In some cases, maybe it wants to help your Android phone talk to, say, an Android-connected overhead projector.

Google already faces major competitors. The iPhone, the attention-grabbing leader in mobile software, is already being used as a sort of universal remote for Apple products, including iTunes and Apple TV. But Apple’s SDK gives restricted access to “small” developers. Microsoft, meanwhile, has a similarly grand vision of connecting all your devices with its Live Mesh platform, but it isn’t focusing on mobile, and the realization of this goal is a long way off. [Update: John Furrier has more analysis on Android versus Microsoft and others, on Broaddev.com.]

To make Android truly valuable, Google needs to have an active ecosystem of third party developers building useful applications, just as what happened with Microsoft’s desktop operating system, and is happening now on the iPhone. 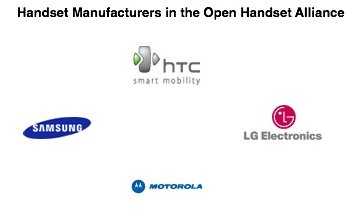 But Google isn’t focused on the rank-and-file developers yet. It’s targeting the mobile operators and handset makers from the Open Handset Alliance — in fact, these partners have been given early access, sources say, to the version of the Android SDK that we’ve heard is slated to launch publicly in a few weeks. It understands it needs to offer them an ecosystem they can live with, before it moves to help smaller players.

Just look at the numbers. There were slightly less than 6 million users before the iPhone 3G launch. In the United States alone, T-Mobile has 30.5 million subscribers. T-Mobile plans to launch its HTC phones in stages, internationally (USA & Europe). From what we hear, Germany will be an early market, so add another 27 million subscribers to the comparison. If the system will work for T-Mobile and HTC, you can be sure others will follow.

For now, Google is in anti-PR mode. “It doesn’t want to have a dead cat found,” as one source puts it. There are many reasons for that. The Android team is small and so secretive, and from what we hear, not many people at Google headquarters know about what it is working on. Google understands that it needs to make its OHA partners look good. It appears to be leaving all press decisions to OHA members, including T-Mobile, which may explain the most recent stories about T-Mobile’s pending Android-powered phone.

So, the Android-powered HTC phone expected to launch in the next few weeks could continue to hurt Google’s standing . The blogosphere hasn’t treated Android well — the SDK has taken many months to get to this stage since it was announced last year. The anti-Android trend will likely continue as commentators compare the HTC and the iPhone (the iPhone is better), and also say the U.S. T-Mobile network is bad (it is). But that’s all besides the point. There will be more phones coming out. The Android SDK appears to be much more powerful, and the distribution possibilities will eventually be better as more mobile operators join the OHA — and as Android expands to other devices.