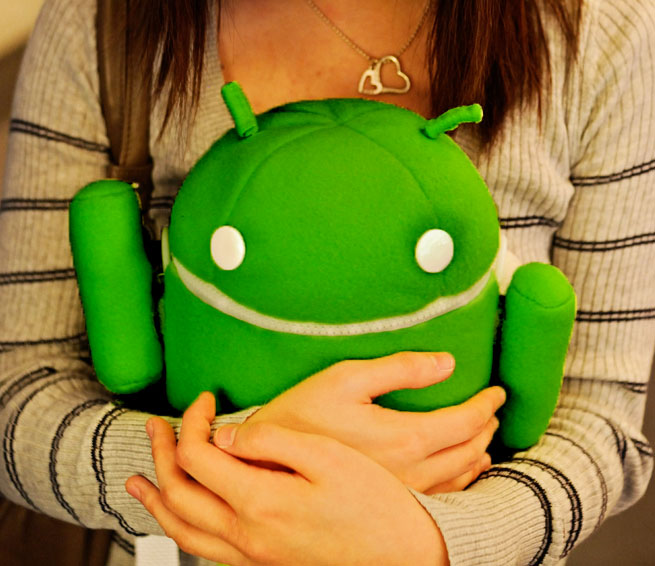 The unveiling of Jelly Bean, a.k.a. Android 4.1, didn’t bring that many new announcements. Rather than giving us a big growth spurt, Google showed an Android operating system with more maturity and stability than ever before — and more ways and reasons to actually pay for Android apps.

In a long chat with two of the Googlers who have been most involved with this launch, VentureBeat learned this is exactly what the company intended — not a volcanic eruption of flashy new features, but a steady growth on a foundation well laid.

With the Jelly Bean launch at Google I/O, we saw some speed and performance enhancements and a few pretty UI tweaks, but for the most part, Jelly Bean represents a small iteration on Ice Cream Sandwich, the Android OS that brought tablets and smartphones a bit closer together.

“The Jelly Bean release itself has several platform updates that make this release much smoother, so your games and books are a lot smoother,” said Android developer relations guy Billy Rutledge, referring to the platform’s Project Butter.

But it’s not something consumers or even developers have to work to use. “Developers get to take advantage of all these faster features by doing nothing,” he said.

The myth of fragmentation

And the Google Android team continues to underscore the importance of responsively designed apps that can scale across all kinds of screen sizes and form factors — something that Ice Cream Sandwich was specifically designed to support. Rather than seeing the wide variety of devices running Android apps as “fragmentation” or a liability, Rutledge frames it as an opportunity.

“Jelly Bean makes available the same core principles in the platform since the first release,” he said. “Most developers are not used to this capability, so coming into Android for the first time, you might overlook some of the things that can give you more distribution and more installations.

Part of Android’s quest to bring one OS to all devices, as Apple has accomplished to an extent with iOS, is allowing all apps to scale for all devices, which Apple hasn’t really accomplished with the iPod, iPhone, and iPad, let alone Apple TV.

“There is no such thing as an Android tablet application,” Rutledge said, referring to the fact that Android lets people run any app on any Android device now. At last year’s Google I/O, the company gave out its first Android-running tablets for developers to use and learn on.

At that time, “Most developers had not seen the Android tablet before, and we released the SDK for the larger screen size at the same time,” Rutledge said. “We’ve seen a lot of pickup with larger screen sizes in the last six to 12 months.”

The myth of the stingy Android user

And as a result, he said, the overall quality of Android apps has seen a marked increase since last year. “We’ve tried to study what’s working well and short-circuit that path to building the right way and making what conumers want.”

“We’ve heard that Android apps are performing as well as or better than apps on iOS,” Yerga began, countering the oft-repeated assertion that Android users don’t pay to play when it comes to buying digital products like mobile applications.

With the Play rebrand, he said, “We wanted to convey fun, the notion that there’s a lot to entertain here. And we wanted to convey that this is a destination for premium content.” In other words, a more expensive-looking storefront would, Google wagered, make consumers more comfortable with putting their money into Android platform apps.

Still, Yerga said, that’s a separate issue from app quality itself. “I’m not gonna take any credit for how much better the apps and games have gotten over the past year,” he said. “That’s all developers. The games and apps have gotten so much better.”

The next logical step was to integrate Google Play more tightly with the slick, tablet-ready Android operating system.

Before Play, Google Music, Google Books, the Android Market, and a few other separate products made up a widely distributed (and not in a good way) Google media store. Play tied together all those properties under a single banner, like a high-end shopping mall with a cornucopia of stores.

“The brand launch for Play brought that all together, and now Jelly Bean brings it into Android,” Yerga explained.

“We brought Google Play content directly onto the home screen. There are widgets on the desktop that show you your content, books, music, et cetera. And it adapts to the way you use Google Play. For example, if you listen to a lot of music, it’s going to show a lot of your recent and favorite music there.”

Yerga said Play on Android now also highlights recommendations in homescreen widgets. The widgets will show new apps, games, music, and movies that you might want to download based on a variety of factors, including overall popularity, your own usage behavior, and your friends’ activity.

“We wanted to bring all that stuff together to make it easier for users, but also to be more effective in doing promotions,” Yerga said. “The money we spend promoting Play benefits all those content types.”

Nexus Q, the living room, and beyond

Neither Googler could talk much about the company’s roadmap for Android, but media, new device types, and home automation seem to be top-of-mind for the company right now.

“Android has really rich tools for building applications that work across a variety of devices. It makes us uniquely qualified to accomplish that goal of interoperating apps and devices.”

Rutledge echoed those sentiments, saying, “We try hard to promote these features and ask developers to consider all the different shapes of devices rather than just the mobile phone they have in their hand.”

In the end, Google will continue to hammer home its message of one OS to rule them all — and the responsive design principles and best practices that make that dream a reality, no matter what form factor.

“I’m looking forward to people getting their hands on [the newest Android tablet] Nexus 7 and Nexus Q,” Yerga concluded.

“It’s an epic odessy building these products… It’s going to be really cool to also see what the developers do with these.”