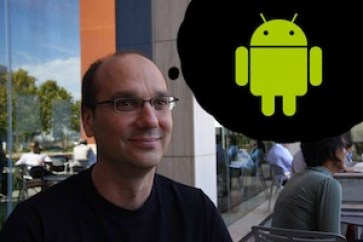 He’s about a week late, but Google’s Android head Andy Rubin has finally responded in a blog post to claims that the platform is becoming less open now that Google is reportedly exerting more control over how manufacturers use Android and is delaying the availability of Android 3.0 “Honeycomb” to smaller developers.

Rubin’s defense of Android’s open source status is to be expected, since it’s one of Android’s biggest advantages over Apple’s closed iOS platform.

Rubin stresses that Google is operating the same way it always has with Android: It remains committed to releasing the platform’s source code when it’s ready, and he says that Google is following the “anti-fragmentation” program that has been put in place since the very first version of Android.

“We don’t believe in a ‘one size fits all’ solution,” he wrote, referring to the massive number of device types and form factors that Android now supports. He also denied that Google is working to standardize on a single Android chipset (rumors pointed to Google working with ARM).

Rubin goes on to say that the Android team is still working to bring Honeycomb’s features to phones and that its code will be released to the community once that happens. “This temporary delay does not represent a change in strategy. We remain firmly committed to providing Android as an open source platform across many device types,” he said.

Still, Rubin didn’t respond to earlier claims that Google is prioritizing certain manufacturers (in this case Motorola and other Android 3.0 tablet makers) over others. That’s likely been happening for some time, especially since Google has been tapping different manufacturers for its flagship Nexus One (HTC) and Nexus S (Samsung) phones.