Summarizing the first decade of App Store data, App Annie says there have been over 170 billion downloads, representing over $130 billion in consumer spending through December 2017. Nearly 10,000 apps have individually generated over $1 million in consumer spending since 2010, with 2,293 in the $1 million to $10 million range during 2017 alone, plus 564 making over $10 million apiece.

As of today, users in many countries keep around 100 apps installed on their iOS devices, actively using roughly 40 every month. Users in France, Indonesia, and South Korea have the highest numbers of apps installed — upwards of 112 — though the number of apps actually used is fairly steady, hitting the upper 30s even in countries with smaller average collections. 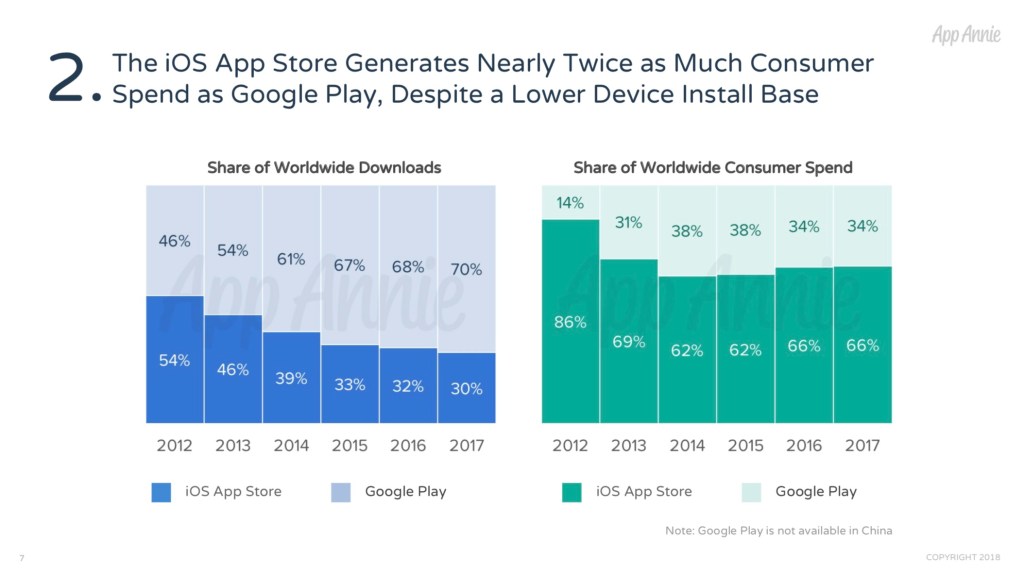 Across the globe, iOS consumer spending is actually growing faster than the rate of app downloads, generating nearly twice as much money as the Google Play Store in 2017 despite having only 30 percent of worldwide download share. iOS App Store spending is predicted to grow by 80 percent over the next five years, racing from $42.5 billion in 2017 to a forecasted $75.7 billion in 2022. 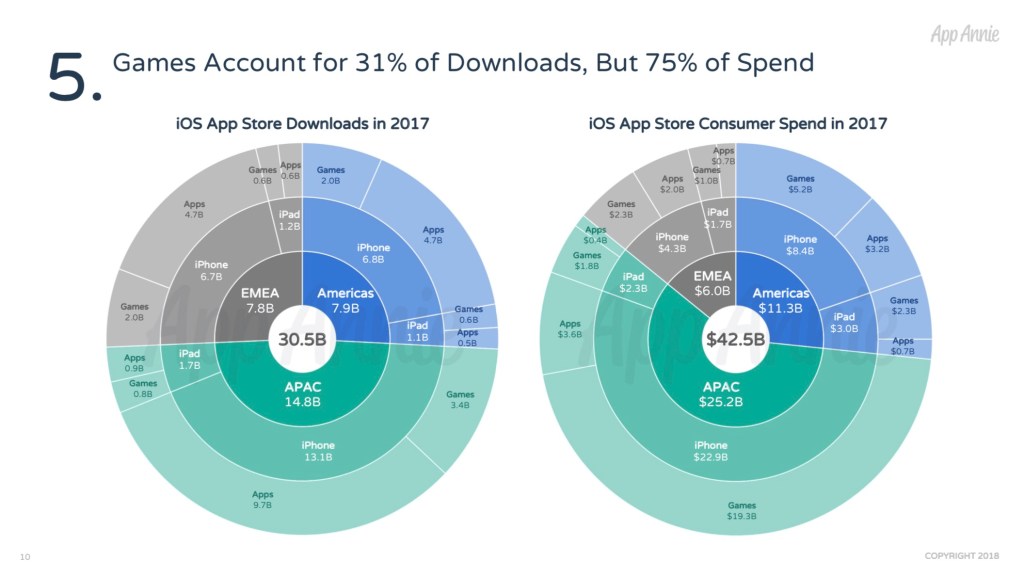 Games are continuing to fuel the App Store’s spending growth. Although games accounted for only 31 percent of all downloads in 2017, they represented 75 percent of consumer spending, with particular spending strength on iPhones in the Asia-Pacific region. Over 4.5 million apps have been released in the App Store — 77 percent of them games — though only two million still remain available after thinnings of the herd by Apple and developers.

In recent years, the greatest growth has come from the Asia-Pacific region. While the United States remains the world’s top country for both downloads (40.1 billion) and consumer spending ($36 billion), China is now a close second with 39.9 billion downloads and $27.7 billion in revenue. Amazingly, Japan is No. 3, with $25.2 billion in revenue despite only 9.5 billion downloads. 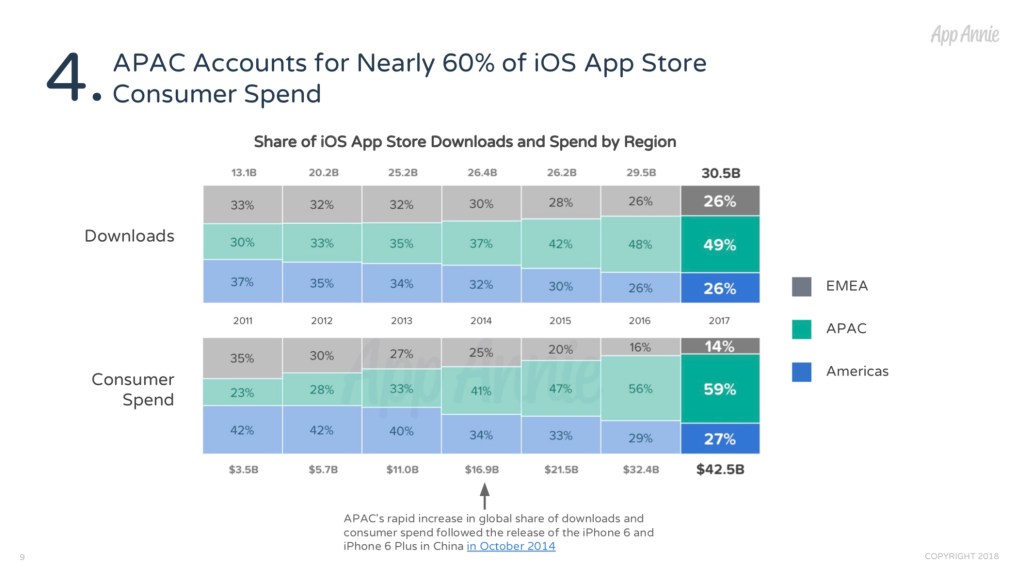 Asia-Pacific countries have seen their aggregate percentage of downloads steadily climb to 49 percent of the global total, with consumer spending at 59 percent — numbers that spiked after the October 2014 release of the iPhone 6 and iPhone 6 Plus in China. Customers in the Europe/Middle East/Africa (EMEA) region and the Americas each account for 26 percent of downloads, but EMEA countries contribute only 14 percent to spending versus the Americas’ 27 percent.

In-app subscriptions have led to dramatic spending growth. While audio apps such as Pandora Radio and Spotify topped the revenue charts for years, three video apps — Netflix, Tencent Video, and iQiyi — were in 2017’s top five, alongside the dating app Tinder. App Annie’s tracking doesn’t appear to include revenues from Apple Music, which likely siphoned off much of the subscription revenue from rival music apps after its launch, leaving video services to become a new prime target.