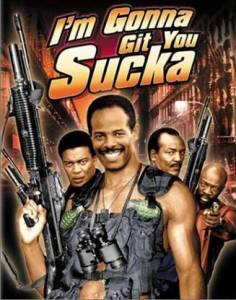 Allow me for a second to call anyone who doesn’t read sites like this one a sucker.

You see, if you are reading, you know that it’s looking more and more likely every day that a new version of the iPhone will launch in the next few months. Yet, Apple and AT&T make no mention of that when offering “deals” and expanding the options when it comes to buying the current iPhone 3G. They need to clear out inventory — and that’s going to be a lot harder if people know a new version’s coming shortly.

This week, the new deals from AT&T and Apple started popping up all over the place. First of all, you can finally buy an iPhone 3G without an AT&T contract. This is something the companies promised when the device initially launched last year. And it’s hardly a deal.

A contract-free iPhone 3G will cost you $599 for the 8GB version or $699 for the 16GB model. You can buy them at AT&T stores, but if you do, they’ll still require you to have some sort of AT&T contract. And now you can buy them at Apple Stores — in unlimited quantities — no strings attached. Of course, unless you want to unlock the device, you’ll still have to get AT&T service eventually to use the thing. But if you really want to get it, say as a gift, this is an option. Of course, it would still be cheaper to get the subsidized version ($199 for the 8GB or $299 for the 16GB) and then just pay the fee to break your contract.

And that’s not all the companies are doing to attempt to clear out the iPhone 3Gs. AT&T is now offering any of its non-iPhone customers (yes, they exist) the right to get an iPhone 3G at the subsidized price, even if their contracts are not yet up. Previously, AT&T’s upgrade clause required customers be at least 14 months into a 24 month contract before an upgrade would be offered. Now, that restriction is being entirely waved, AppleInsider has confirmed.

So, if you really want an iPhone 3G, but previously felt restricted either by AT&T’s insistence on a contract — or, if you had a previous AT&T contract that you couldn’t get out of, now’s your time to act. Of course, it’s likely a sucker bet. Because a new iPhone is probably just around the corner. Just remember that when making your decision, and don’t say I didn’t warn you.