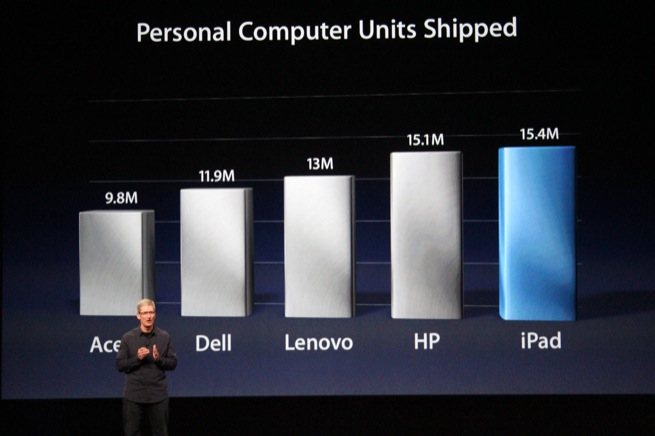 Apple’s iPad announcement today was all about what it calls the “post-PC” era, in which mobile devices are the future of computing, if not the present.

“Apple has its feet in post-PC future,” said Apple chief executive Tim Cook at a press conference in San Francisco. “We think the iPad is the poster child of the post-PC world.”

That’s a smart position to take for a company that has dominated mobile markets (smartphones and tablets) far better than it ever did in personal computers. Whether it can hang on to its mobile lead — and make the “post-PC” tag stick — remains to be seen.

Apple’s post-PC growth by the numbers:

This story is developing. Refresh the page for updates.