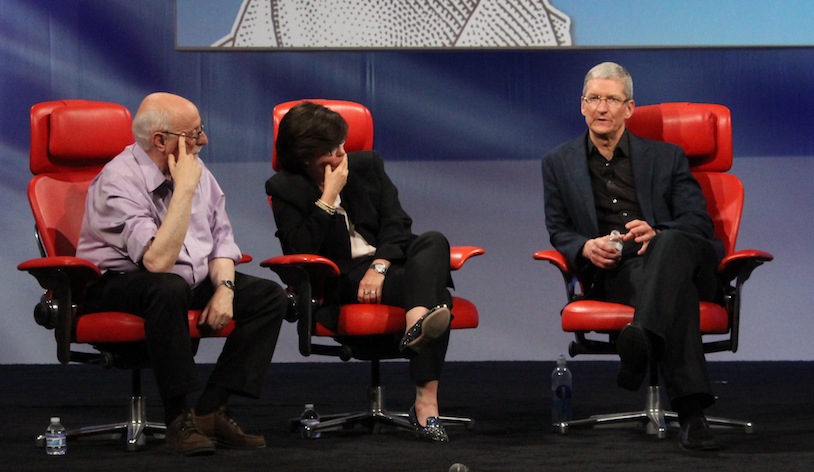 Apple CEO Tim Cook spent 81 minutes talking about Apple, Android, TV, taxes, and just about everything else at last night’s AllThingsD conference. But he also spent a considerable amount of time on Google Glass.

And, without naming it, Apple’s rumored new iWatch product.

First, though, Cook damned bitter Apple rival Google with faint praise, saying Google Glass — which could be seen as a “giant chisel” to pry Apple users out of Apple’s ecosystem — had little chance to be a major consumer hit product: 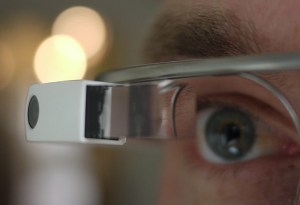 “I think there are some positive points in the product,” Cook said about Google Glass. “I think it’s probably more likely to appeal to certain vertical markets … I think the likelihood that it has a broad-range appeal … that’s tough to see.”

And that’s simply due to where you wear Google Glass, according to Cook: on your head.

“I wear glasses because I have to — I can’t see without them  — but I don’t know a lot of people that wear them that don’t have to,” Cook said. “People who do wear them generally want them to be light, unobtrusive, probably want them to reflect their fashion, their style … from a mainstream point of view this [pointing at his head] is difficult.”

But the wearable computing space is intensely interesting to Apple, Cook said, calling it “ripe for exploration.” In fact, Apple sees it as the next evolution in the post-PC world — as game-changing as the smartphone or the tablet:

“I see it as another very key branch of the tree.”

That’s as candid an admission as you’re going to get that Apple is working on wearables, and likely on a wrist-based digital lifestyle accessory. While Cook did not go so far as to confirm that Apple was definitely releasing a wearable product per se, as a personal computing and digital life company, Apple clearly cannot afford to pass up a “very key” new product area — especially one that studies have shown generate massive consumer interest.

That said, Cook is sanguine about the challenges, noting that wristwatches are not common anymore for young people and twenty-somethings.

“As I said before, for something to work here [pointing at his wrist], you first have to convince people it’s so incredible that they want to wear it.”

That’s Apple’s challenge, and likely where the company’s response to Google Glass will arrive. And, very likely, where Samsung’s response to iWatch will show up as well.

Sadly, we’ll likely have to wait until fall to see it.