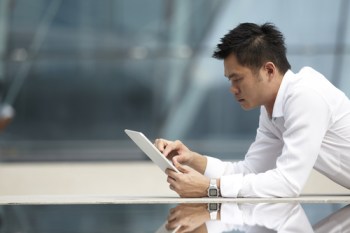 Apple is being accused of patent infringement in China.

Yep, you read that correctly. China Daily reports that Proview Shenzhen Technology, a Chinese company based in the city of Shenzhen, has pointed the finger at Apple over the name “iPad.”

Both companies claim iPad as a trademark, but Proview Shenzhen Technology says it has held the trademark since 2000 or 2001 and is asking for a cessation of iPad sales in China due to patent infringement, as well as a fine for damages.

The case is set to come before a district court in Shanghai this month. A similar suit in Beijing is asking for a fine of around $38 million, or 240 million yuan. Late last year, Apple lost a suit wherein it claimed patent infringement on the Chinese company’s part.

Representatives of Proview stated that Proview Taiwan, an affiliate of the Shenzhen company that did not have the legal right to represent the company in an IP transaction, sold the iPad trademark to IP Application Development, a UK company. Later, IP Application Development sold the iPad trademark to Apple, apparently unaware that the previous sale had not been authorized by the parent company.