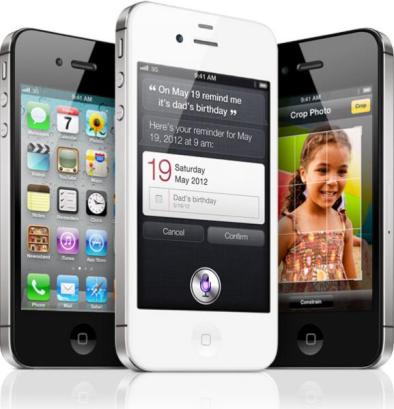 So I guess we can give up hope on seeing the iPhone 5 for another year. Apple just announced the iPhone 4S, which sports the same design as the iPhone 4 with new hardware for faster gaming and computing performance.

The iPhone 4S will sport Apple’s new dual-core A5 processor, which first appeared in the iPad 2. Apple promises that graphics will be seven times faster than the iPhone 4, and that overall computing power will be twice as fast.

“Despite competitors trying really hard to copy it [the iPhone 4], they haven’t come close,”Apple’s Phil Schiller said today during Apple’s press event. That explains why Apple didn’t find it too necessary to update the design.

Apple has also addressed the issues with the iPhone 4’s antenna design. The iPhone 4S is able intelligently switch between its antennas, in case you accidentally cover up the antenna while holding it. So long antennagate.

The iPhone 4S will also be able to download files faster thanks to its support for HSDPA networks. Its theoretical download speed has been doubled from 7.2 megabits per second on the iPhone 4, to 14.4 Mbps. Upload speeds are still the same at around 5.8 Mbps.

World travelers can rejoice, as the iPhone 4S will also support both GSM and CDMA networks. That means it can work across practically any 3G network globally.

Apple has also vastly improved the camera in the iPhone 4S: It sports an 8-megapixel sensor that can take pictures at resolution of 3264 by 2448. It has an f/2.4 aperture lens, which lets in more light, as well as a five element lens (compares to the four in the iPhone 4) for images that are 30 percent sharper. The new camera can take 1080p high-definition video with video image stabilization and noise reduction.

The iPhone 4S will also include a voice-powered virtual assistant called Siri. Of all the new features announced today, this is the one that gets me the most excited. It’ll allow you to add appointments and send text messages with just your voice. The potential for Siri’s uses are astounding and will resonate long after we’ve forgotten about the iPhone 4S.

Confirming rumors, the iPhone 4S will be available on Sprint’s network, in addition to AT&T and Verizon.