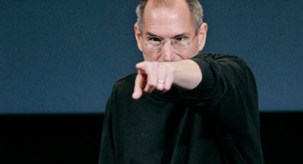 Apple could sell 21 million units of its iPad tablet next year as half of the largest and most prominent companies in the world begin testing or deploying the iPad for corporate use, according to an analyst with Wall Street firm Piper Jaffray.

About 50 percent of Fortune 100 companies have begun either testing or full-out using the iPad for their corporate needs, though Piper Jaffray senior research analyst Gene Munster wouldn’t specify which companies, AppleInsider reported.

Apple’s enterprise presence has continued to grow, as its enterprise sales grew 50 percent in the second quarter this year when compared to the same time period last year. The iPad has a number of tools for enterprise users, including access to corporate email accounts, applications for creating and editing presentations and a huge application development ecosystem for custom enterprise applications.

iPad sales will also continue to grow as the supply of Apple’s tablets has grown enough to sate heavy demand for the device, Munster said. Apple sold 3 million units after the device’s launch through the end of the second quarter in July.

Sales in emerging markets could also drive the Apple’s performance in 2011, as the iPad was finally launched in China earlier this month with some success. Best Buy will also begin selling the iPad in all 1,093 of its stores later this week in advance of the holiday season.

Apple’s iPad serves as a media consumption device that falls somewhere between the smaller iPod Touch and iPhone and the more expensive Macbook and Macbook Pro laptop computers that Apple offers. Apple targets casual computer users — with full access to the App Store — with the iPad at a price point between $500 and $829.

This isn’t the first time cheerleaders have come out in favor of the iPad: Maynard Um of UBS Investment Research said earlier this month that Apple could sell up to 28 million iPads in 2011, beating out the Samsung Galaxy Tab android tablet.