Apple announced its new iPhone 6s and iPhone 6s Plus devices today. You know what that means? Discounts!

As with previous phone launches, Apple has lowered the starting price of its existing devices by $100. The current iPhone 6 and iPhone 6 Plus now start at $99 and $199 (on contract), respectively.

Also on contract, Apple has lowered the iPhone 5s to “free.” The company has also discontinued the iPhone 5c. If you’re not interested in this year’s phones, now is the time to get a “new” iPhone without paying the premium for the latest and greatest. 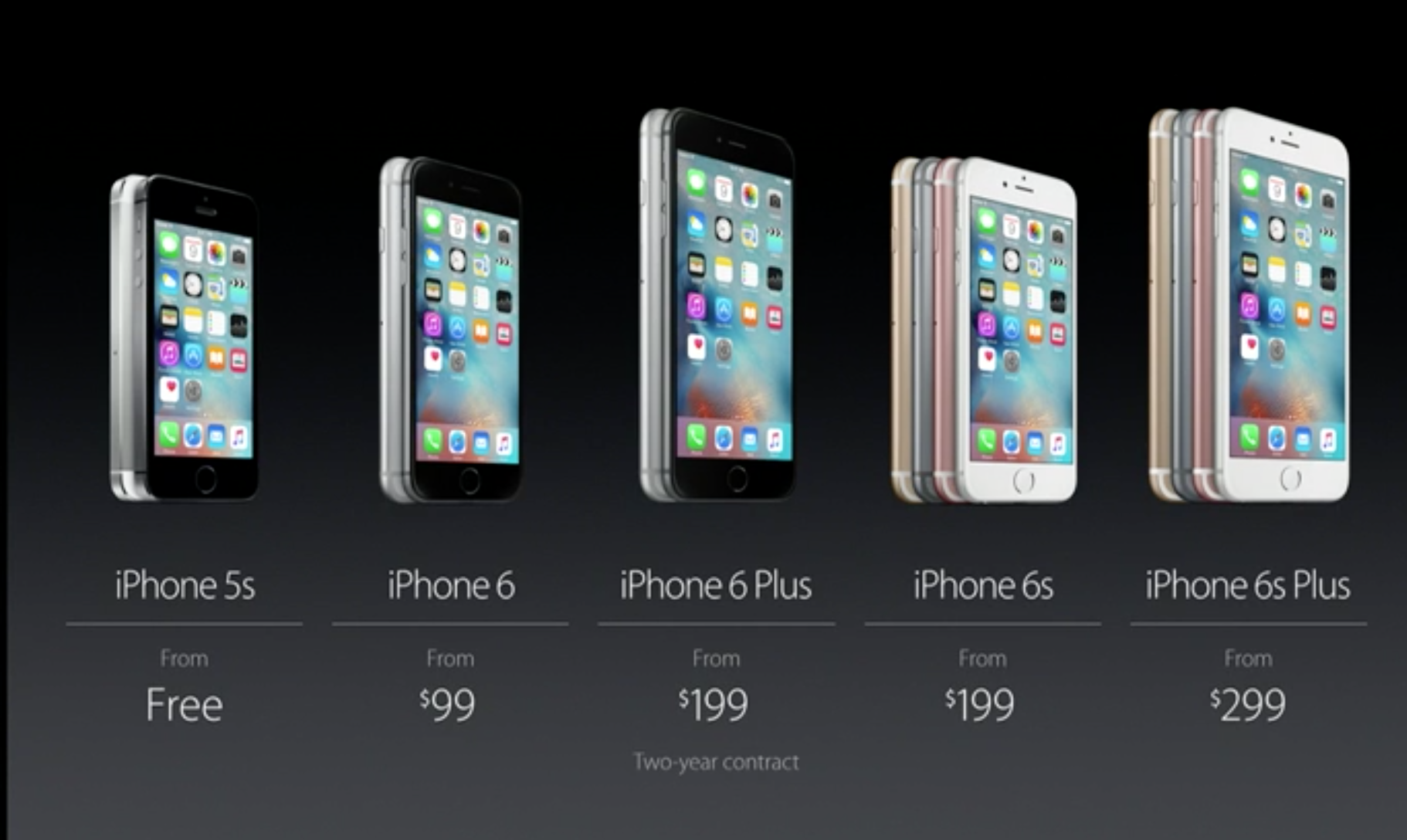 All of these phones can be upgraded to iOS 9, which Apple is releasing on September 16.

Here are the prices on a monthly basis: 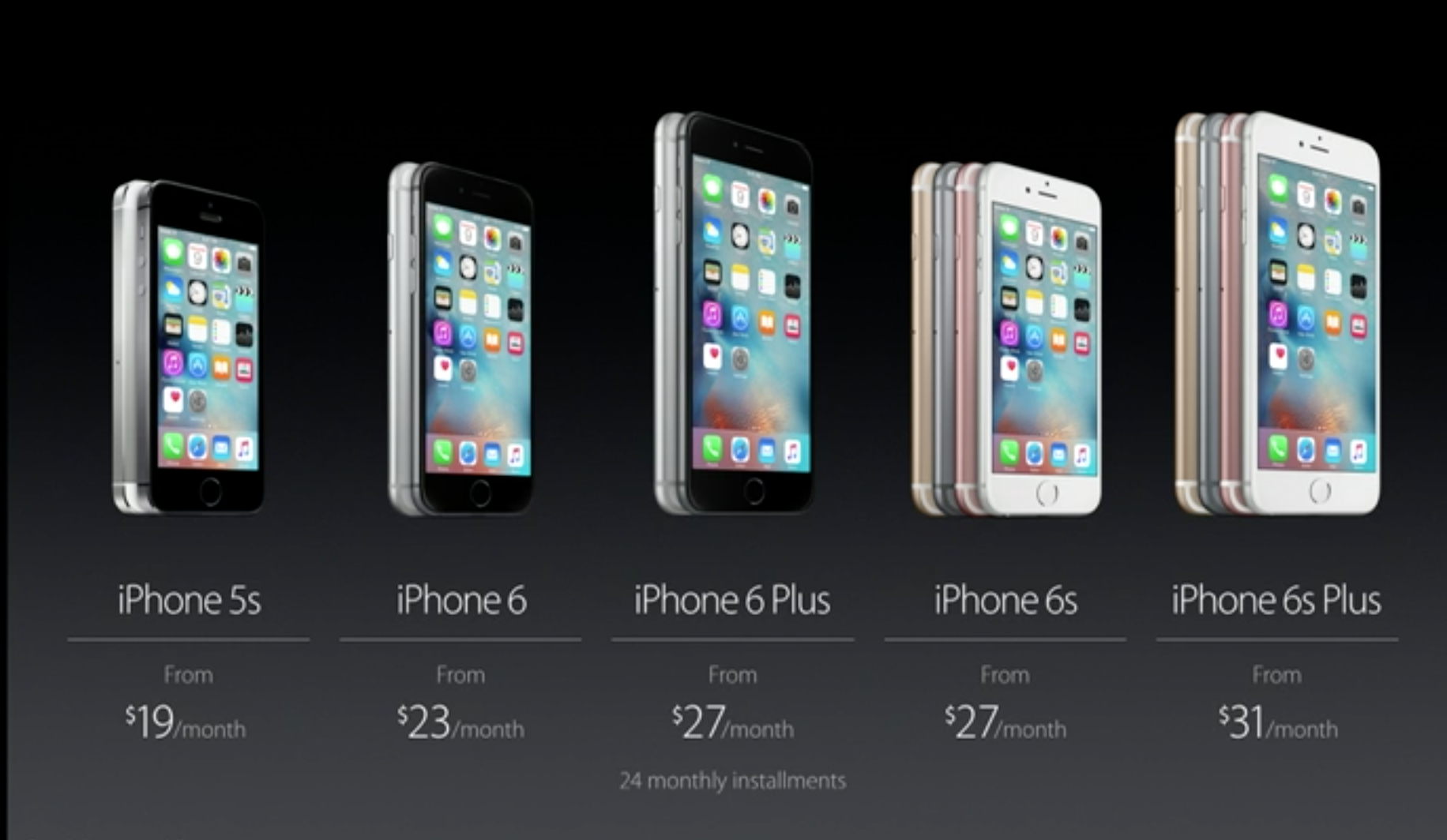 Although this pricing structure is really nothing new, Apple did have a new trick up its sleeve today. The company also launched an iPhone Upgrade Program, though only in the U.S. The short story: You can now get a new unlocked iPhone every year directly from Apple, rather than from your carrier. 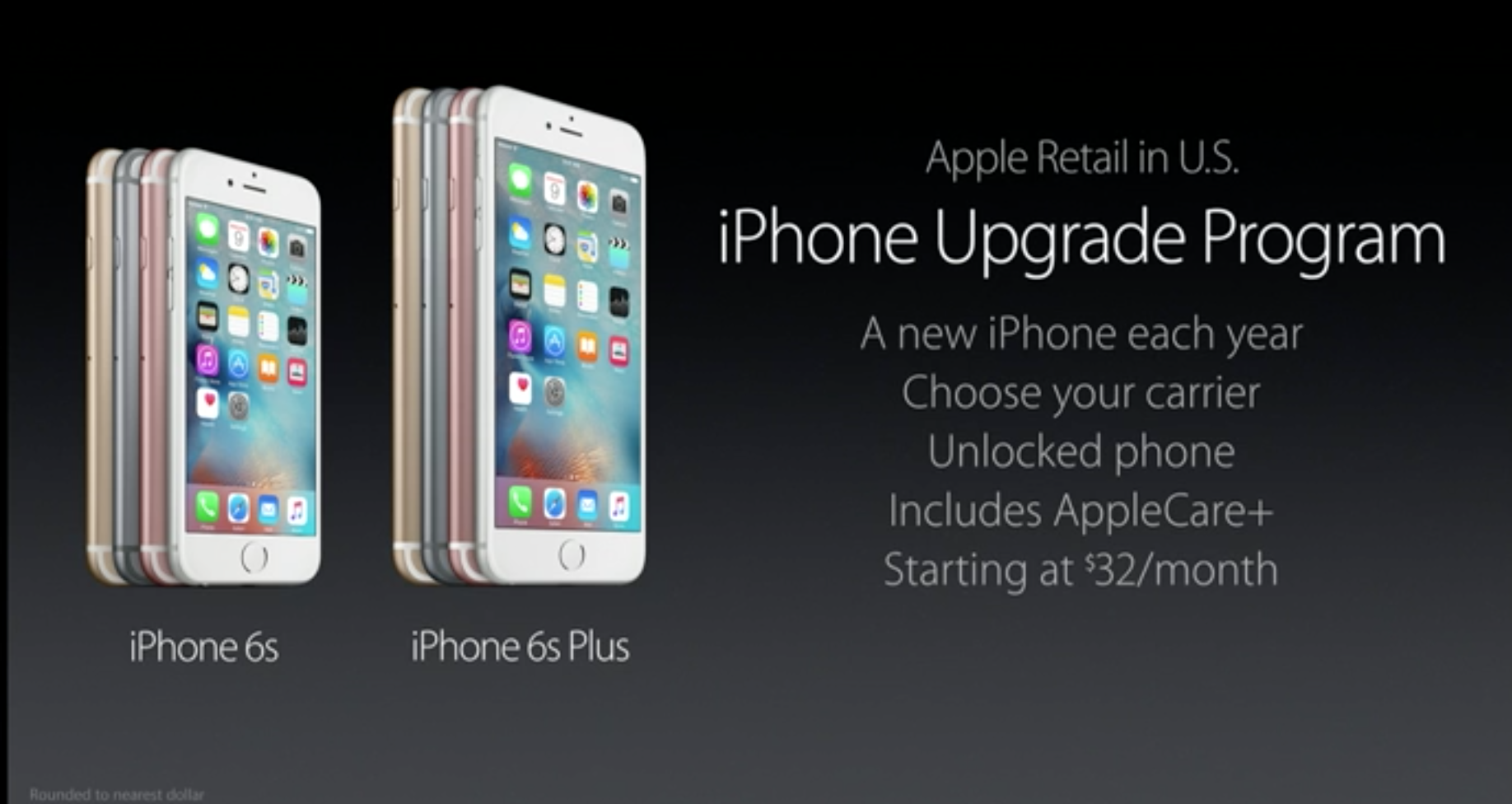 Want the latest iPhone every year but don’t want to pay upfront? This is for you.

The 24-month payment plan starts at $32 per month. It also includes AppleCare+ for iPhone, the extended $99 warranty program that covers accidental damage and the like.

That said, if you can afford it, you’re probably better off simply buying a new phone upfront. If, however, you’re looking for convenience but don’t want to pay your carrier, this is a good alternative.